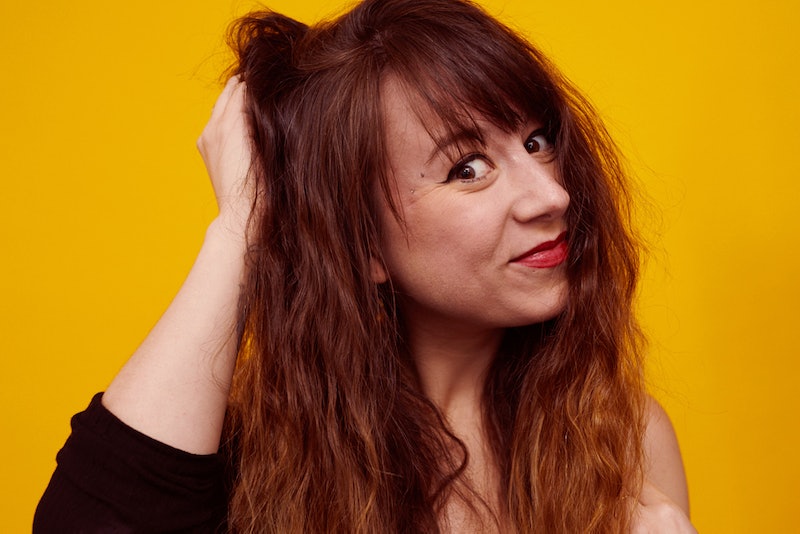 I’ve shared my abortion story countless times, in whispers among friends and on a stage in front of 800 people. And each time, either days, weeks, or months later, a woman will contact me privately and ask a question she doesn't feel comfortable posing publicly, to friends and family members, or, sometimes, even to her health care provider. Among those questions is a very common one: can I get pregnant after having an abortion? Women understandably want to know how the decisions they make for their reproductive health now will impact their futures.

One of the most common myths regarding abortion is that it's linked to infertility. But according to the Center for Reproductive Medicine, a Houston fertility clinic, a first-trimester abortion carries minimal risk of the kind of complication that would deter or prevent later pregnancy. "Especially if the procedure was done by a professional in a safe setting, then it should not cause any harm to your ability to conceive when the time is right," the Center's website states.

"We know that abortion will not impact a patient's future fertility," Dr. Jessica K. Lee, an OB-GYN practicing in Maryland and a fellow with Physicians for Reproductive Health (PRH), a group of doctors who advocate for reproductive rights, tells Bustle. "Women can actually get pregnant in a few weeks immediately after an abortion, so it is really important to discuss birth control options with your abortion provider if you want to prevent pregnancy in the future."

When you end a pregnancy, the HCG hormone your body was making during pregnancy has to completely clear out in order for a new ovulation cycle to start. Depending on how far along you were in your pregnancy prior to termination, that could take days or weeks. But according to Planned Parenthood, your period will return to its normal cycle 4-8 weeks post-abortion procedure, depending on the method of birth control you choose to use going forward. You can start ovulating as soon as 10 days after having an abortion.

Like almost any medical procedure, abortions are not totally risk-free. New York OB-GYN Associates, a New York City-based abortion clinic, does state on its website that the possibility of scarring after a D&C procedure — the most common method of first-trimester abortion, also referred to as a dilation and curettage, in which the cervix is opened and the contents of the uterus are removed — might be "severe enough to cause problems with fertility." The risk of such scarring is extremely minimal, though. Serious complications occur in fewer than two percent of first trimester abortions, when the majority of abortion procedures occur. If you have a medical abortion — one induced with medication — the chances of subsequent infertility are even lower.

"Abortion does not impact fertility. Women should not worry about this," Dr. Jennifer Hirshfeld-Cytron, Director of Fertility Preservation and a board certified physician with Fertility Center of Illinois, tells Bustle. And Dr. Sanithia L. Williams, an OB-GYN in San Francisco, tells Bustle that infertility risk remains virtually zero no matter how many abortions a woman decides to have. "This is true for women who have one abortion, as well as for women who have more than one abortion," she says. One in four American women will have an abortion at some point in her life, and, according to the U.S. Census Bureau, 43.5 million American women between the ages of 15 and 50 in 2016 were mothers. So the numbers alone tell you that many women who have abortions go on to have children.

Although misinformation gets disseminated by those who oppose abortion, the science is clear: an abortion will not impact your fertility. Kristina, a 50-year-old mother living in Seattle, Washington, had three abortions in her 20s before she decided to become a mother. "On the day after we got married I said to my husband I was starting my last pack of pills, and the next month we were going to start trying," Kristina tells Bustle. "I got pregnant on my first cycle after stopping the pill. I had a completely normal, uncomplicated pregnancy, and now she's 15 years old." She went on to have another complication-free pregnancy.

A report published by the National Abortion Federation (NAF) found that 66 percent of women who've had an abortion "plan to have children when they are older, financially able to provide necessities for them, and/or in a supportive relationship with a partner so their children will have two parents." Fortunately, we know that having an abortion won't keep those women from following through on those plans and on their own terms. "I always knew that I wanted to have children, but I was not interested in doing it on my own," Kristina says. "I knew I didn't want to have children with those men. There were other reasons, too, but ultimately I wanted a partner in life to have a family with."

My abortion was the single best decision I have ever made in my life, because without it I know I wouldn't have my now 3-year-old son. I was 23, had just graduated college and was living paycheck-to-paycheck with my then-boyfriend when I held that positive pregnancy test in my hand. Our relationship was toxic at best, verbally abusive at worst, and we were incapable of creating a healthy environment in which to raise a child. I knew I was unwilling, and unable, to be a mother. A week after my abortion, my boyfriend and I broke up, and we were able to go our separate ways. And five years later, I was pregnant with my son and in a healthy, happy, thriving relationship with my current partner. I'm an attentive, loving mother who is capable of providing her son with the things he wants and needs, and for me, that wouldn't have been possible if I had procreated at 23.

Motherhood is an incredible, difficult, fulfilling, exhausting life choice, and deciding you don't want to bring a child into the world right now won't physically keep you from having children in the future, when and if you want to. Because, well, science.

More like this
Here’s What Happens To Bill & Frank In 'The Last Of Us' Video Game
By Brad Witter
'The Last Of Us' Video Game Revealed Tess’ Fate In The HBO Series
By Brad Witter
24 History-Making Black Women You Probably Didn't Learn About In School
By Ayana Lage and JR Thorpe
25 Inspiring Quotes From Black Women To Celebrate Black History Month
By Kyli Rodriguez-Cayro and JR Thorpe
Get Even More From Bustle — Sign Up For The Newsletter
From hair trends to relationship advice, our daily newsletter has everything you need to sound like a person who’s on TikTok, even if you aren’t.