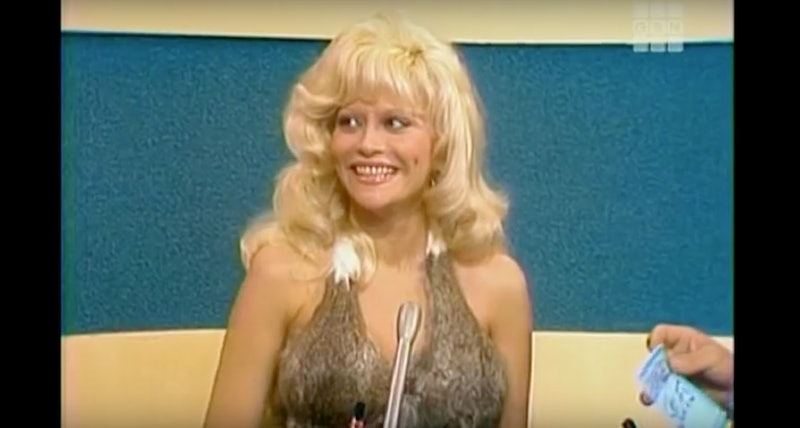 Variety reports on Wednesday that actress and Bill Cosby accuser Louisa Moritz has died at 72 from natural causes. Best known for her role as Rose in One Flew Over the Cuckoo’s Nest, Mortiz told TMZ in 2014 that Cosby forced himself on her backstage at The Tonight Show in 1971.

“Louisa Moritz was so full of life, talent, and she was a genius with a sixth sense for making money," friend and publicist Edward Lozzi tells Variety. "Her hundreds of TV and film roles will keep her memory alive with her fans forever. Her support of other women who accused Bill Cosby of rape will keep her with us for years to come."

At least 60 women have accused Cosby of some form of sexual misconduct against them. He has denied all of the accusations, and is currently serving a three-to-10 year prison sentence in Pennsylvania for sexually assaulting Andrea Constand in 2004.

In addition to her memorable role in One Flew Over The Cuckoo's Nest, Moritz starred in The Man from O.R.G.Y. and Death Race 2000, and appeared on M*A*S*H*, The Incredible Hulk, Happy Days and several other popular television shows. Moritz also acted in over 100 commercials during her career, according to Variety.

Born Louisa Castro in Cuba, Moritz moved to New York in the 1950s and changed her last name after seeing the St. Moritz Hotel, Lozzi tells Deadline. In addition to her career in entertainment, Moritz worked as a lawyer and real estate broker, and at one point bought a Beverly Hills hotel and renamed it the Beverly Hills St. Moritz. Lozzi tells Deadline that she was also working on two books at the time of her death: One about Cuban food and one about "how to get out of traffic tickets."

In 2014, Moritz accused Cosby of forcing her to perform oral sex on him while backstage at The Tonight Show in 1971. She was neither the first nor the last to woman to accuse the comedian of sexual assault, and when Cosby's lawyer called her and other accusers' claims "ridiculous," Moritz joined a federal defamation lawsuit against Cosby that five other women had filed. Joseph Cammarata, the lead attorney that suit, tells Deadline that Mortiz's estate will continue pressing that lawsuit despite her death. Cosby, in turn, countersued Moritz and the other women in 2015.

"Louisa Moritz was a brave woman who stood up against a powerful Hollywood icon, Bill Cosby, in an effort to restore her good name and reputation, after he publicly branded her a liar when she made public her allegations of sexual abuse and assault by Mr. Cosby," Joseph Cammarata, the lead attorney in the defamation suit against Cosby, tells Deadline. "Despite her death, her claim against Mr. Cosby will continue in a Federal court in Massachusetts. We look forward to a resolution of the case that will establish that Louisa was a truth teller, so that her legacy will live forever untarnished."

Funeral arrangements and a memorial service for Moritz have not yet been announced.