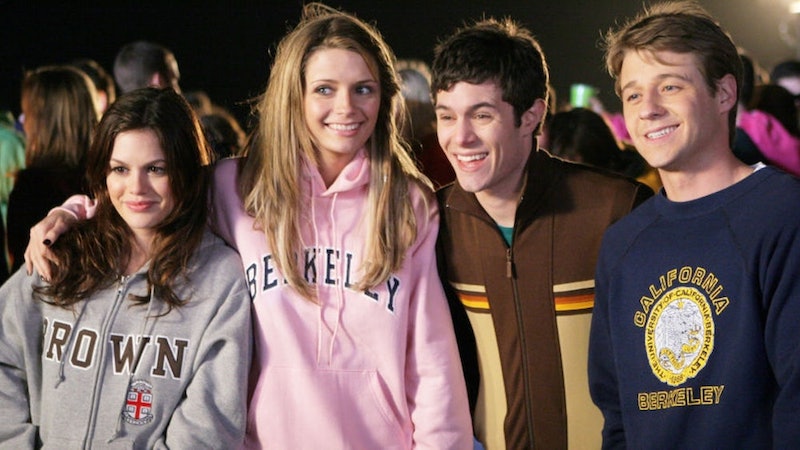 Just like O.C. fans, Seth Cohen’s IRL counterpart is conflicted about a major plot in the series that made him a household name. And no doubt many fans will see Adam Brody’s thoughts on Marissa Cooper’s death on The O.C. as proof that the storyline was totally unjust and made zero sense. In a new interview with GQ published on Aug. 20, Brody dished on the teen series’ legacy in the pop culture landscape. More so, he offered a counterpoint to co-star Mischa Barton’s argument that her character’s death made sense, made earlier this year in an interview with The New York Times.

“I disagree,” Brody told GQ of Barton’s comments about Marissa’s death, which occurred by car crash in the Season 3 finale after a pursuit from her jealous ex, Kevin Volchok (Cam Gigandet). “Put her in rehab! That’s what you did with Shannen Doherty on [Beverly Hills] 90210. Do a rehab season for her. Put her somewhere. It’s fine.”

Marissa’s death is definitely one of the most polarizing plot twists among fans of the Fox drama, which returned for a fourth and final season after Barton's exit before wrapping in 2007. While promoting her role in The Hills: New Beginnings, however, Barton revealed that she actually chose to exit the hit teen drama ahead of its final season. “I just had a lot in my career that I wanted to do and accomplish,” she told the New York Times in a May interview. “I felt like things were really heavily reliant upon me, and I was getting no time to do any of the other offers that were out there.”

“Making the show was a lot towards the end. I really feel like everything sort of worked out in the way it was probably supposed to," Barton continued. "She’s one of those burnout characters where I don’t know how much more we could have done with her anyway.”

OK, well. Seth Cohen himself clearly does not agree with such an assessment. But if it’s any consolation, The O.C. showrunner Josh Schwartz revealed that the fan reaction took him by surprise. “We realized that people were very attached to that character," Schwartz said at the ATX Television Festival back in June 2016. “There was a lot of anger and fan art that came our way."

Along with his thoughts on Marissa’s death, Brody also revealed that — much to the dismay of The O.C. enthusiasts — he has no interest in revisiting the series amid the reboot renaissance. “I’m very happy with the legacy, and I was happy at the time and I’m proud of the work I did," Brody told GQ. "And I’m proud we got to be a part of pop culture, but it’s not something that interests me in terms of revisiting.”

He continued, "I’m in another stage in my life. And I feel silly saying no because they’re not doing it and I haven't been asked, so who am I to turn down non-existent work? But the truth is, it’s not that I mind talking about it, and I haven’t fought hard to not to talk about it... I enjoy it to a certain degree. But as someone who would also like to be known for my other work, I can’t imagine dipping back into that pool to have another decade of conversation."

The O.C. reboot or not, Seth Cohen will live on forever. However, the same cannot be said of Marissa Cooper... because she's dead.

More like this
Man Meets Politics: ‘Boy Meets World’ Star Ben Savage Is Running For Congress
By Jake Viswanath
Here’s Why Danny Masterson’s Hyde Isn’t In 'That '90s Show'
By Brad Witter
'Friends' Star Maggie Wheeler Offers Support To Matthew Perry After Reading His Memoir
By Alyssa Lapid
'That '90s Show' Star Callie Haverda Got Advice From Mila Kunis & Ashton Kutcher
By Brad Witter
Get Even More From Bustle — Sign Up For The Newsletter
From hair trends to relationship advice, our daily newsletter has everything you need to sound like a person who’s on TikTok, even if you aren’t.