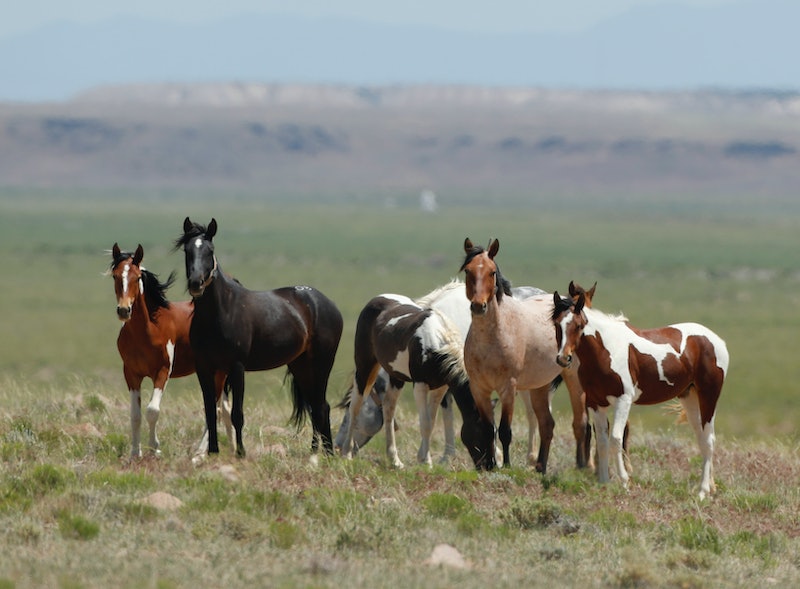 In an effort to conserve its resources and save some money, the federal Bureau of Land Management (BLM) announced a surprising new program this month. Americans can now adopt a wild horse and get up to $1,000 from the government, thanks to the BLM's latest initiative. The agency revealed that it cares for many untrained horses every year, and it's seeking alternative homes for these animals as it tries to manage expenses.

The BLM takes on the care of wild animals in an effort to curb their population growth, The Hill reported, which some see as a threat to the health of rangelands. A description of the adoption program on the BLM's website reveals that people who are interested in taking home a horse or burro (i.e. a donkey) are eligible to receive $500 within 60 days of the adoption. Adopters will then be eligible to get an additional $500 within 60 days of titling their animal.

Americans can even participate in the adoption incentive program multiple times. The agency will allow people to adopt up to four wild horses or donkeys per year, but will also consider allowing additional adoptions once the animals are titled.

The BLM's website notes that it has successfully facilitated the private adoption or sale of over 240,000 wild horses and burros since 1971. In encouraging people to adopt, the site stresses that wild animals are an important part of American heritage:

Many have found it personally challenging and rewarding to adopt or purchase a wild horse or burro. It is a chance to care for, and then own, a part of America’s heritage... Many of those animals have become excellent pleasure, show, or work horses.

The BLM estimates that around 83,000 wild horses and burros lived on public rangelands in 2017, according to The Denver Post — a number the agency says is far greater than the approximately 27,000 animals it believes the land can support. The BLM corrals around 20,000 wild animals per year, and spends around $2,000 per year to take care of each animal, Boise State Public Radio reported.

Prior to the official announcement of the adoption incentive, the BLM stressed that it believed the program would save tax dollars. As the agency told The Denver Post in April 2018:

[The adoption incentive program]... would save money for the taxpayer and the BLM program in the first year of implementation alone... Over a period of 25 years, holding that same animal in an off-range corral would have cost the taxpayers nearly $46,000.

The paper also noted that the idea of a wild horse and donkey adoption program has been popular among some ranchers, who believe wild animals threaten their livestock's ability to graze. However, others are not so keen on the idea. Michelle Miner, an experienced horse trainer who adopted a wild horse in May 2018, emphasized that she believes it's exceedingly difficult, if not impossible, to train a wild horse.

Overall, it's clear that the BLM's new horse and donkey adoption incentive program is receiving a great deal of attention. It remains to be seen whether or not the program will actually be popular.