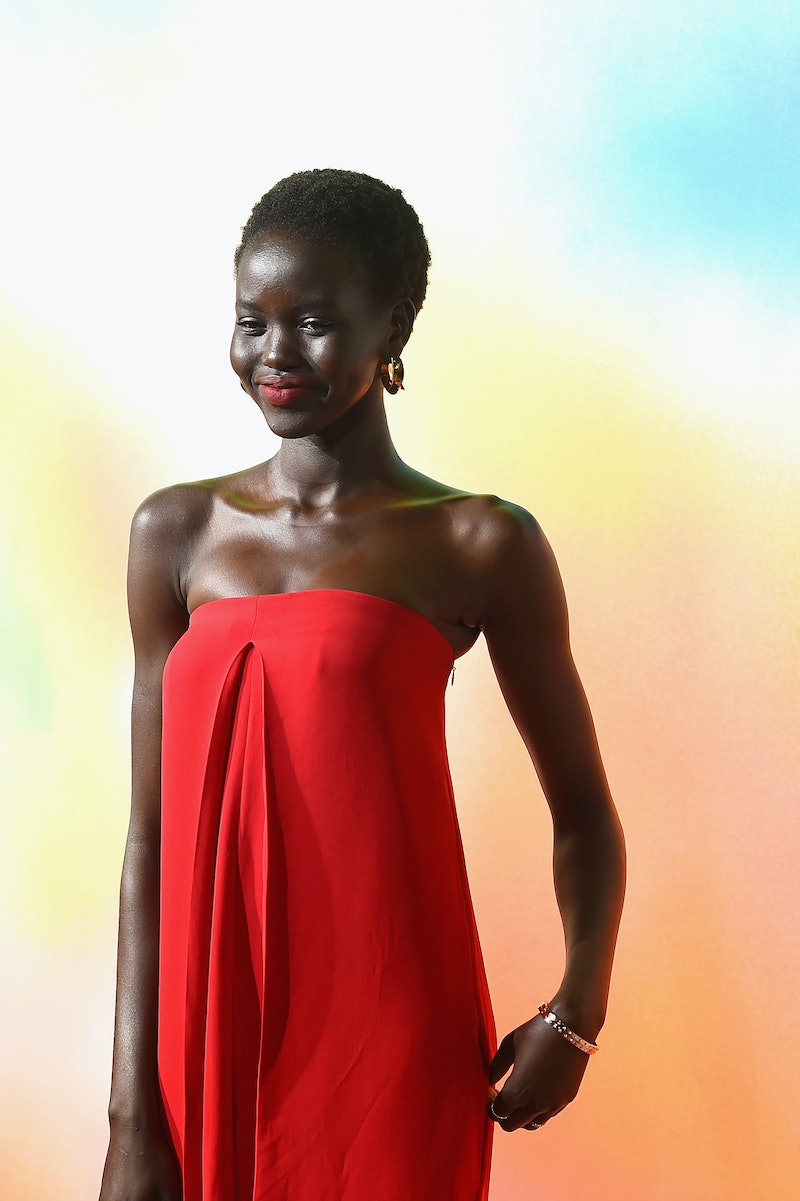 If beauty brands have proved anything to makeup lovers, it’s that foundation isn’t just makeup. For Models.com Model of the Year Adut Akech, finding her shade of foundation has been a journey and a fight.

Akech is a 19-year-old South Sudanese model who broke into the fashion industry as one of few dark-skinned women to walk the runway. From being cast in a Yves Saint Laurent show in Paris to gracing Australian, Korean and British Vogue covers, she’s now achieved Model of the Year since starting in an agency at the age of 15.

As she explained in an Allure cover story, Akech and her family had moved to Australia after leaving a Kenyan refugee camp. Akech realized that while living there, foundation in her skin tone was hard to come by.

“I’m a really dark-skinned girl,” Akech said, “And it was hard to find something in Australia. The only brand I could use was MAC.”

Being exposed to the American beauty market, though, she found more shade options. Still, Akech said she sometimes has to bring her own makeup to sets since the likelihood of her shade being there is slim to none.

“In America, I can find my shade," Akech said. "I like L’Oréal Paris True Match, Maybelline New York Fit Me, and Dior Backstage.”

For a long time, makeup represented one (white) standard of beauty. But the beauty industry is slowly starting to make room for women of color — and their skin tones — in the market.

Fenty Beauty's original 40 shades of foundation has a lot to do with the shift in makeup shade ranges. Because of brands that followed, like Morphe with 60 shades of foundation and PUR Cosmetics offering 100 shades, inclusivity in the beauty industry (and other industries, for that matter) is being addressed head on. Not to mention, it makes room for darker-skinned models like Duckie Thot and Akech herself to have exposure in the fashion and beauty industries.

Along with the trials of searching for foundation shades, Akech explained to Allure that awkward situations came about with hairstylists who often tried to use hair products for straight hair and overbearing heat on her Afro.

"This season I didn’t let anyone touch my hair with heat at all," Akech said, referring to Fashion Week seasons, "And a lot of people were offended, but if a model is not feeling OK [with a style], they should understand."

Despite the beauty hacks she's had to persistently continue, the Sudanese supermodel believes that diversity in the fashion industry is changing. In a 2018 interview with Marie Claire, she revealed that there's still plenty work to be done, but the difference in representation is noticeable.

"I haven't even been modeling for that long — just three years — but there's definitely been a change," Akech said. "It's getting better and better every season, but there's definitely always room for improvement, we still have a long way to go. I feel happy and proud that I get to be a part of this movement and this change."

Neither beauty nor fashion are one size fits all. And as long as more Black women and women of color like Adut push the boundaries of what it means to be inclusive, the better the representation of everybody will be.