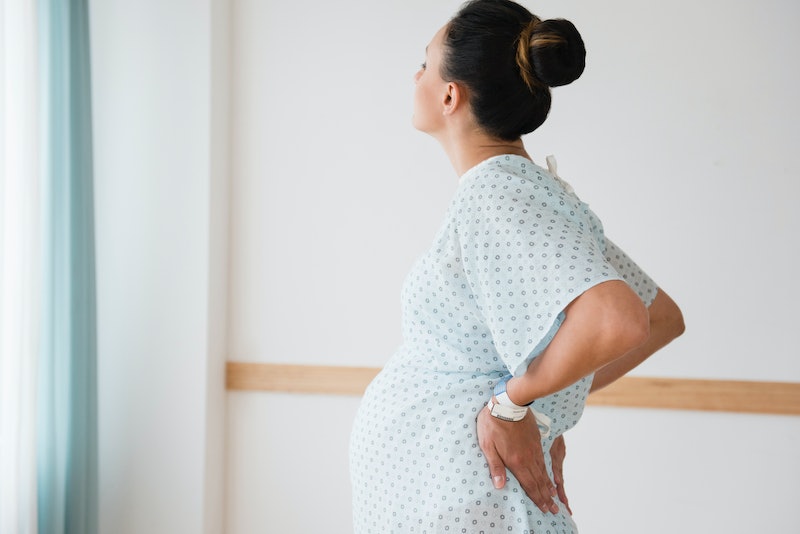 For millions of people with chronic health conditions, former President Barack Obama's landmark health care legislation allowed them to access health insurance and protected them from insurance companies who would charge them incredibly high premiums. But, in July, the 5th Circuit U.S. Court of Appeals heard arguments on a case that could repeal all of the Affordable Care Act — and a judgment on the case is expected to come down soon.

The case, Texas v. United States, was originally brought by a handful of states who argued that the ACA's individual mandate, which forces people who don't have insurance to pay a tax penalty, is unconstitutional. The 5th Circuit Court is expected to rule on the case any day now, and if it agrees with Texas and other states, it could choose to strike down the individual mandate, all of the ACA — or it could make a different decision entirely. No matter what the court decides, the outcome of the case could affect millions, with potentially negative impacts on women and girls in particular.

Sarah Coombs, senior health policy analyst at the National Partnership for Women & Families, tells Bustle that whatever the 5th Circuit Court's decision is, there will probably be an appeal, which could land the case in front of the Supreme Court. During the appeal process, the ACA is likely to stay in place. If the court does strike down the ACA, Coombs says it won't just affect people with marketplace health insurance — it will affect everyone, including people who have employer-sponsored insurance, for example.

In addition to expanding Medicaid eligibility for low-income people, Affordable Care Act programs that would fall if the statute were struck down entirely include: required coverage of preventive care services with no cost sharing for anyone with private insurance, Medicaid, and Medicare; "reductions in the growth of Medicare payments to health providers and insurers"; and national initiatives to promote public health and health care reform," according to the Kaiser Family Foundation.

If these programs fall as a result of this lawsuit or an appeal, they could impact a wide swath of the country. The National Partnership for Women & Families and the Center for American Progress released an updated column on Nov. 4 on the various discrimination protections that would be eliminated if the entire ACA were struck down in Texas v. United States. The ACA banned insurance companies from charging people with preexisting conditions with higher premiums, which had a significant impact for women, as many insurance companies considered pregnancy or having been pregnant, for example, as a preexisting condition.

Through analysis of U.S. Census Bureau data, the National Partnership and CAP found that nearly 68 million women and girls under age 65 have preexisting conditions. Women and girls who have insurance through Medicaid or employer-sponsored plans would be protected from discrimination based on preexisting conditions, but the roughly 8.4 million women between 19 and 64 who purchased insurance on their own in 2017 could face coverage denials or higher costs if the ACA fell.

Jamille Fields Allsbrook, the director of women's health and rights with the Women's Initiative at CAP, tells Bustle that women of color would be disproportionately impacted if the preexisting conditions protections went away, because women of color tend to have more chronic illnesses. Hispanic women, for example, face higher rates of cervical cancer, while black women are disproportionately impacted by HIV, asthma, and heart disease. "Having those conditions or having had them in the past would mean they could be charged more or outright denied coverage again" if the ACA is struck down, Allsbrook says.

The ACA also included protections from "gender rating," where insurance companies would often charge women more simply because they were assigned female at birth. A 2008 (pre-ACA) report from the National Women's Law Center found that "more than 60% of best-selling plans charge a 40-year-old woman who doesn’t smoke more than a 40-year-old man who does," even if the plan didn't include maternity care coverage.

Allsbrook points to a University of Pennsylvania study that found that gender rating cost women about $1 billion annually before the ACA. "And that is not because they had a preexisting condition — that is just because they were a woman," she says.

Further complicating things, open enrollment for marketplace insurance started Friday, Nov. 1, and continues until Dec. 15. Advocates are worried that if the 5th Circuit releases a decision now, it will lead to more confusion about whether people can get health insurance. Even if the decision does come during open enrollment, NPR reports that it will be a long time before the health care system changes, so people should enroll in coverage like they usually would.

The cost of the health care is a central debate in the 2020 presidential election, with Sens. Elizabeth Warren and Bernie Sanders leading the charge for a health care plan that would swap out the current for-profit system with a government-regulated, single-payer plan. Though critics of the plan point to its high price tag, proponents argue that universal health care would provide coverage to everyone — regardless of sex and preexisting condition status.