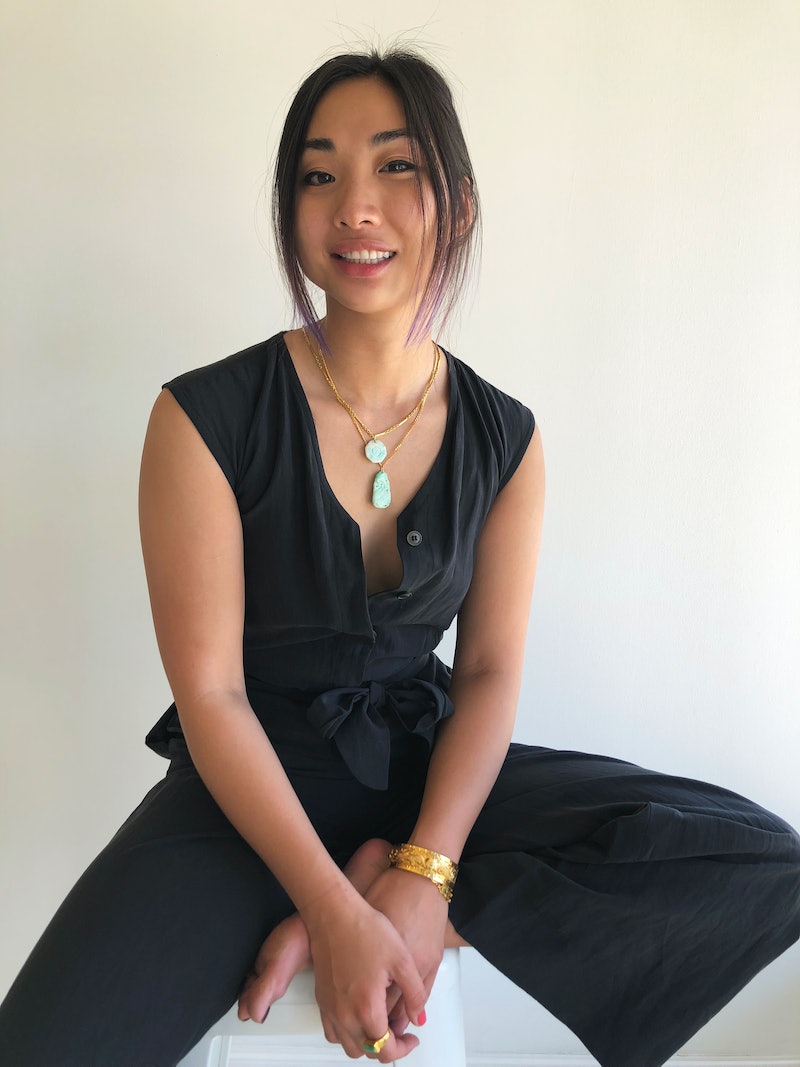 It’s taken upwards of 24 years, but I’m finally accepting my Chinese heritage. Don’t get me wrong — I’ve always acknowledged my ethnicity, but there’s a major difference between acknowledging who are you and embracing it. Now, after inheriting a few pieces of jewelry from my grandmother, I’m only beginning to understand what it means to be proud of my Asian background.

Growing up as a third generation Asian-American in middle-of-America Nebraska, I conditioned myself to keep some of my Asian qualities hidden from my classmates. In an effort to fit in with the rest of my peers, I did everything to feel “normal,” especially when being Asian didn’t feel desirable.

Before I knew it, the Chinese cultural practices passed down through my parents was a faint memory. My traditional Chinese dresses were too “out there” or seen as costumes rather than reserved for special occasions or the Lunar New Year. The jewelry made of yellow gold, the metal most commonly used for Chinese and Asian jewelry, my parents gifted me over time remained in their boxes while I insisted on the popular sterling silver everyone else was wearing. Eventually, I switched over from calling my grandmother Yin Yin, the traditional name I’ve grown up calling her, to what everyone else called their own grandmothers: Grandma.

This disconnect between what I looked like and what I felt like continued further into my college years. Transitioning from a small, private school in the Midwest to an incredibly diverse university in a city with large Asian communities made me start to reevaluate my identity.

My grandmother, a single mother who put all five of her children through college, is a woman to be feared, and she knows it too. For as long as I can remember, she's always had a sense of self-worth. As a strong, independent woman who boasts a large and successful family — many of whom are successful women, I might add — she's someone to look up to. Always encouraging me to put my focuses towards school, work and my passions, she's been one of the most supportive people in my life.

While passing jewelry down a family line isn't something new, for my grandmother, her jewelry is an irreplaceable reminder of who she is and where she came from. These pieces, I realized — whether they were held onto from her previous life, or bought on her own — embody the type of woman she is, and the type of woman I strive to be: Strong, independent and proud of who she is. As I turned them over and over in my hands, they became less an accessory and more an emblem of my Asian-American identity and its roots.

Looking at old photos, it’s clear my grandmother has never shied away from showing her background through her fashion choices, such as wearing Chinese dresses. It makes sense, of course, since she immigrated from Asia to a suburb north of Chicago as a result of communist China, leaving her entire life and any opportunities (she was set to start college just before the war began) behind her. For her, it was simply what she knew. On the other hand, as an American-born Asian who doesn’t speak Chinese, I found it difficult to connect with anything relating to my heritage other than with the dim sum, Americanized Chinese food, and the Chinese New Year.

Of course, that’s not to say my background went entirely unacknowledged. Among the friends I made, we’d discuss wanting to be half-white, also known as “hapa,” because they had larger (read: less Asian) features. I found myself entertained with the fact that in terms of my appearance, I’m ethnically ambiguous — I’ve even taken pride in being told I “pass” as half or part white. Someone once told me that while I am clearly Asian, I don’t “feel Asian.” Somehow, that’s where I found my identity: the idea that maybe I’m not fully Chinese (I recently discovered I’m actually not — I’m 1/16 Polynesian).

But my grandmother never had a doubt of who she was, and by passing down her heirloom jewelry, she’s showing me who I am and my family roots. I’ve never traveled to China to trace my family, but I don’t think I need to — it’s in these pieces: Handmade silver necklaces, intricate three-dimensional dragons with details down to the whiskers, and hand carved pieces of jade. Considering the artistry and craftsmanship, these are pieces that you simply can’t find today, but that’s not why they’re so important. Each time I put them on, or so much as look at them, I’m putting on bits of history that my grandma experienced and holding them in recognition.

Perhaps it’s a new level of maturity, coming of age in a particularly woke era when it comes to recognizing marginalized people, or even the rise of Asian representation in film and entertainment (i.e. Awkwafina, Crazy Rich Asians, Fresh Off the Boat), but I’m finally starting to experience being a minority in the United States and I’m welcoming it with open arms. Wearing my grandmother’s jewelry doesn’t feel like a costume. These pieces, and the experiences that come with them, are worth recognizing and showing everyone else: my race is not simply a descriptor of how I look or a stereotype, it’s a portion of my identity that can’t be ignored.

More like this
The 19 Best Tweets & Memes About Bisexual Awareness Week
By Lexi Inks
An Honest Review of MeUndies Boxers, According To A Non-Binary Person
By Megan Lasher
Androgynous Formal Wear That Will Make You Feel *So* Fancy
By Megan Lasher
Stormzy Made A Passionate Speech About The Importance Of Diversity
By El Hunt
Get Even More From Bustle — Sign Up For The Newsletter