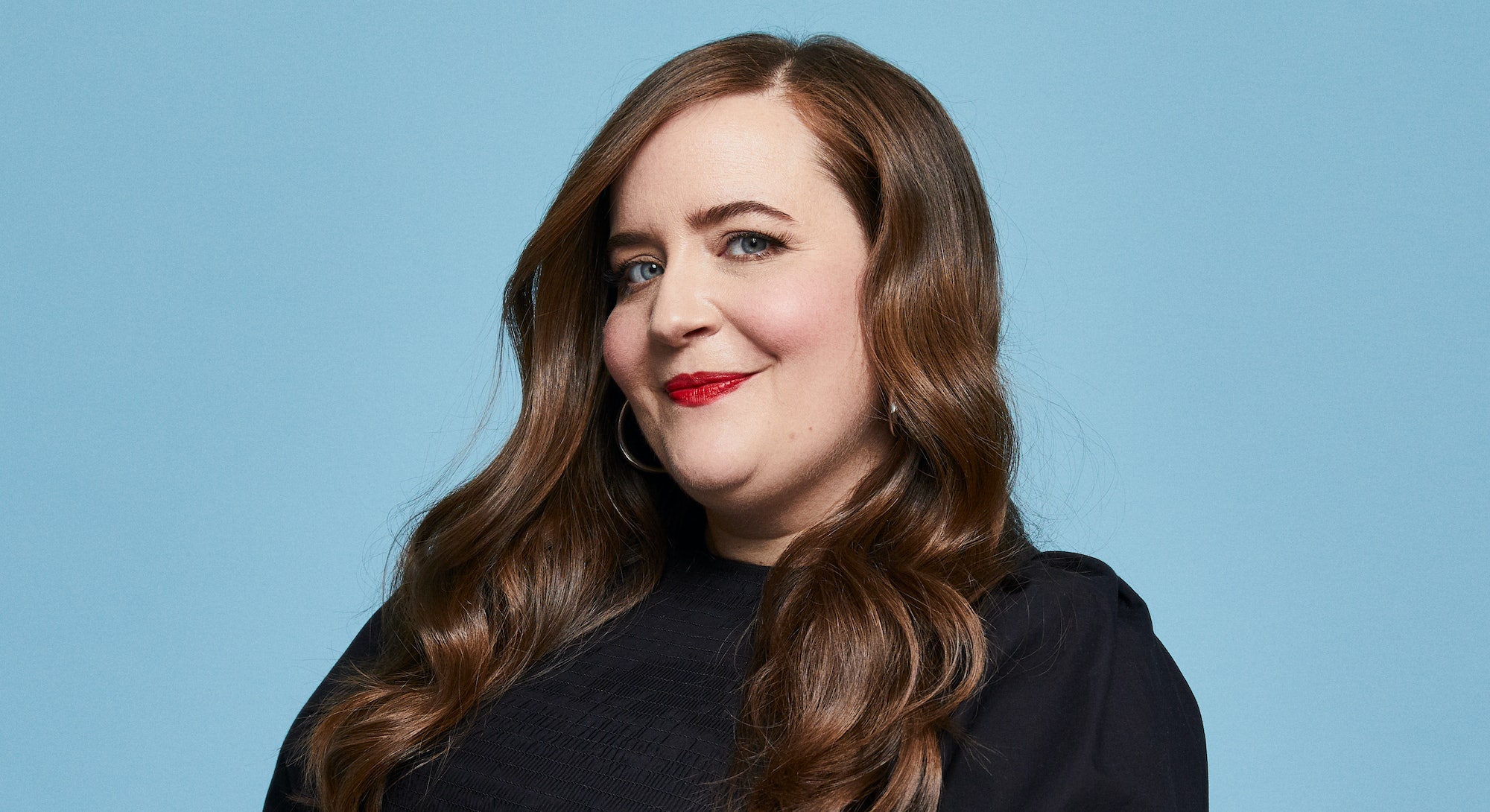 “I believe that's the best acting I've ever done,” Bryant says of the sketch. “I cared so much about it. It's so sad.”

This is the Aidy Bryant MO in action. She’s just like us — only better. Her year-round go-to karaoke anthem is Mariah Carey’s “All I Want for Christmas (Is You).” Her Instagram feed is full of monochromatic cheese boards and aquatic-themed Jell-O molds. But she also landed her dream job on SNL at just 25, and her side hustle involves filming the Hulu series Shrill in Portland during her vacations. The latter, created with Lindy West and Ali Rushfield, has found its sweet spot exploring the complicated war zone in a toxic and loving relationship between a mother and daughter.

“There's a quieter, more introspective side to me that [is just] not the tone of SNL,” Bryant explains of her decision to work on the show. It’s also a chance to work in a different way. SNL’s six-day work culture is legend unto itself, with Julia Louis-Dreyfus recently referring to her three-year stint on the show as “brutal” and “very sexist.” When I ask Bryant if that aligns with her own experience she hesitates.

“I'm sure that there's a sort of institutional thing that I am not essentially aware of,” she treads carefully, before noting she’s always found the environment supportive. “[But] I don't know, I almost wonder if I'll look back on it 15 years from now and think, ‘Oh, wow, that was a moment.’ But I don't really have anything in the forefront of my mind. Does that make sense?”

Bryant's ability to communicate what "makes sense" is part of the reason Shrill, with its expert choreography of intergenerational body image microaggressions, has found such a cult following. “Lindy and I both really wanted to do the thing that we needed to see and to find out that so many other people feel the exact same way. It's really unifying and touching,” she explains. In one scene, Bryant’s character, Annie, and her mother, Vera (played by Julia Sweeney), argue over a waiter leaving a bread basket on their table. Vera doesn’t want to be tempted to nibble; Annie wants the damn bread, and also wants her mom to stop projecting onto her. It’s painful to watch but oddly compassionate, too. “[Our mothers] were prisoners of their own time,” she says. “My mom definitely dieted a ton when I was younger and, and I soaked that in. It wasn't any fault of hers. She was struggling with her own body and I'm really happy for her because I think she's in a different place right now.”

And what about Bryant — what’s the different place she hopes to end up in? “I’m still really having fun,” she says of her current situation, adding that in 10 years time she’ll “probably have kids and a better work-life balance.” What even is that, I ask? “Yeah, it doesn't mean anything and that's like a fake concept,” she laughs. “But I've definitely had two straight years of working, which I've loved and it's been so fulfilling and satisfying… [but] I miss my parents, you know? I don't get to see them as much as I would love to.”

It’s a sharp contrast to how Bryant herself thought things would unfold when she turned up at her first Saturday Night Live after-party at New York restaurant Buddakan in 2012. “I remember walking down those stairs and being like, ‘This is my life now; every day I'm going to be descending a giant staircase at a chic party that Harry Styles is at or whatever,’” she quips. “And very quickly I was like, ‘Oh this is not my life every day.’”

What it actually looks like? Walking her dog, going to dinner with her husband, and just sitting at home. It’s hard to imagine Bryant having it any other way. “I could ride this rocket all the way to the moon, but I really like my life,” she says.