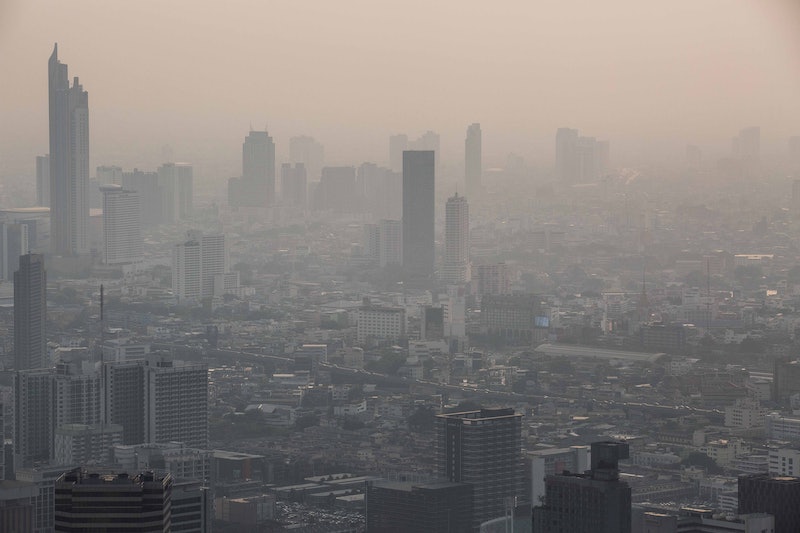 A study published on Monday revealed some disconcerting information about the effects of pollution in the United States, the AP reported. Namely, this study found that air pollution disproportionately impacts minorities, even though they generally create less pollution than white people.

The study was published in the Proceedings of the National Academy of Sciences — the official journal for the academy, the AP noted. NPR added that Jason Hill, an engineering professor at the University of Minnesota, was the lead researcher on the project, which took more than six years to finish. The project examined Americans' exposure to fine particle pollution, which, according to the Environmental Protection Agency, is a term for a mixture of small solid and liquid droplets that are found suspended in the air.

Hill, the lead researcher on the study, summed up why these findings are so problematic. “Even though minorities are contributing less to the overall problem of air pollution, they are affected by it more," he said via the AP.

The New Scientist noted that these differences in pollution generation reflected a difference in total consumption as opposed to different types of consumption. As USA Today described, this essentially means that, overall, white people consume more goods and services that create pollution than minorities, but then minorities are more impacted by this pollution. The New Scientist reported that this disproportionate exposure often stems from differences in where minorities and white people reside, as minorities are more likely to live in areas that are exposed to heavier industrial and automobile pollution. As Science Daily pointed out, some of these differences in where people live have resulted from decades of unequal treatment faced by minority communities in the United States, including racially-based housing segregation.

Robert Bullard, a professor at Texas Southern University and an environmental justice advocate, reflected on the implications of this study with The New Scientist. “The study findings lend further evidence that some populations in the U.S. have ‘the wrong complexion for protection,'” the professor said to the outlet. “It also reaffirms that race is a potent predictor of exposure to goods and services air pollution.”

Human exposure to "fine particulate matter 2.5 (PM2.5)," the type of particle pollution examined in the study, can contribute to a host of health problems, NPR reported. The outlet noted that respiratory problems, cardiovascular issues, diabetes, and birth defects have all been linked to exposure to PM2.5.

Overall, while the EPA found that air in America has generally become less polluted over the past few decades, the fact that minorities are so disproportionately impacted by dangerous pollution is something that has unfortunately remained relatively unchanged over time, NPR reported. Therefore, tackling "pollution inequity," as described by the study, is something that urgently needs to be addressed.