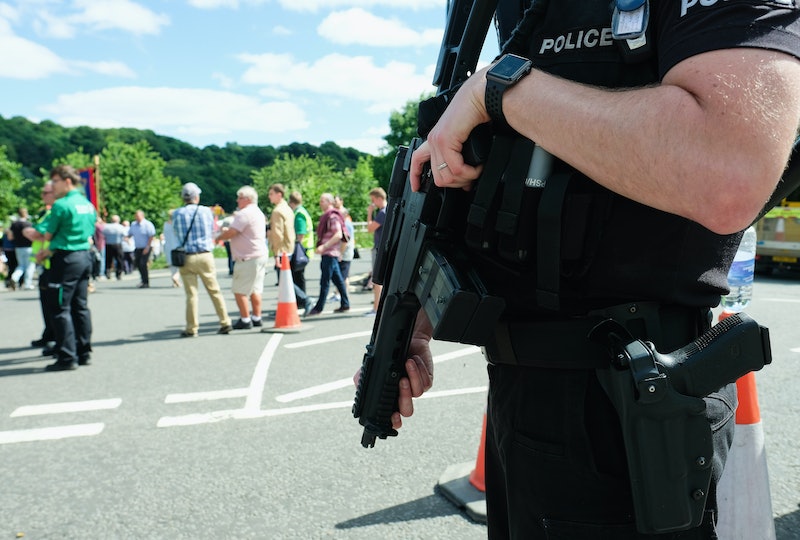 In most states, it's illegal for police to have sex with a sex worker, even during the course of an investigation (Michigan being the exception). In Alaska, however, lawmakers and advocates are calling for no sexual contact at all between sex workers and undercover cops. Those backing the policy say that it is a necessary step to protect sex workers. Currently, the Alaskan Senate and House bills are languishing in committee, with lobbying efforts by those opposed seeming to have worked

“What happens in prostitution sting operations is that you’re in a state of being investigated, not technically in custody,” Maxine Doogan, of Community United for Safety and Protection (CUSP), an advocacy group concerned with promoting safety in Alaska's sex trade, told Alaska Public Media. “So police are allowed to have sexual contact as part of sting operations because that’s part of investigating prostitution.”

While the Anchorage Police Department maintains that it is against their policy for an officer to have sex with a sex worker, spokesperson Renee Oistad told Broadly that sex workers still claim that they have been arrested mid-intercourse (which the department denies). “It's incredibly traumatic to be tricked into having sex with someone who stops in the middle and puts you in handcuffs and takes you against your will to be locked up in a jail cell,” said CUSP's Terra Burns. “Women have told me that years later they still have PTSD symptoms when they see a police car.”

Still, despite advocates' claims otherwise, Alaskan law enforcement maintains that sex does not happen between sex workers and officers. "There is no phenomenon of sex workers having sex with undercover police officers in Alaska before being arrested by them," said Tim DeSpain of the Alaska State Troopers. "Sexual relations with the subject of a prostitution investigation exceeds the authority allowed to an officer during an investigation and the officer engaging in this conduct could be charged with the crime of prostitution."

Officers also feel that eliminating the "gray zone" of sexual contact — not sex, but for a sex worker, still incriminating — will hinder their ability to investigate sex workers. "[In an undercover investigation] they ask one simple question: 'Touch my breast.' OK, I'm out of the car. Done. And the case is over," Anchorage Police Department Deputy Chief Sean Case told the Alaska Dispatch News. "If we make that act [of touching] a misdemeanor we have absolutely no way of getting involved in that type of arrest."

Even the Senate bill's sponsor, Sen. Berta Gardner, has mostly given up on passing the legislation, telling the Alaska Dispatch News that she has "decided to focus her efforts elsewhere." Nonetheless, Alaska advocates at CUSP say their attempt at lobbying for no-contact legislation is important because it has shed much light on the issue. “This is a national problem, and Alaska is at the forefront of the solution,” CUSP's Burns said.