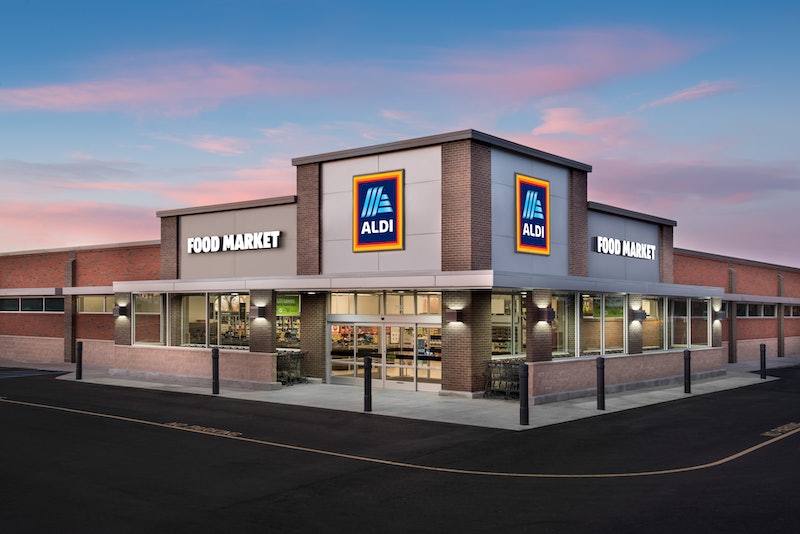 Plastic pollution has been a major topic in the news over the last few years, and now ALDI has announced five new commitments to reduce plastic packaging in its stores, according to a news release. Of the company’s five new commitments, the news release said, ALDI’s biggest goal is to make 100 percent of its exclusive products' packaging reusable, recyclable, or compostable by 2025. These new goals are a part of ALDI’s existing sustainability initiatives, which include the fact that ALDI has never offered single-use plastic grocery bags at its stores, according to the news release.

Besides making its packaging more sustainable, ALDI also plans to reduce the packaging material in all ALDI-exclusive products by at least 15 percent by 2025, as well as add How2Recycle labels on 100 percent of ALDI-exclusive consumable packaging by 2020, according to the news release. And the company also plans to implement an initiative to make private-label products easier for customers to reuse by 2020, the news release said, and guide the “continuous improvement of product packaging by offering internal expertise and external evaluations.”

If you’ve ever shopped at an ALDI, you already know that ALDI doesn’t offer free grocery bags likes other grocery stores. According to the company’s website, ALDI customers are encouraged to bring their own grocery bags, or they can purchase reusable shopping bags from ALDI. The company says on its website that this is one of the many ways ALDI has been able to offer its customers high quality products for lower prices. But ALDI’s latest announcement says the move has also had an environmental impact, keeping an estimated 15 billion single-use plastic bag outs of landfills and ocean, the news release said.

"ALDI has never offered single-use plastic shopping bags. And while we're pleased that we've helped keep billions of plastic grocery bags out of landfills and oceans, we want to continue to do more," Jason Hart, CEO of ALDI U.S., said in the news release. "The commitments we're making to reduce plastic packaging waste are an investment in our collective future that we are proud to make."

ALDI has been working toward reducing its carbon footprint for years, the news release said, partnering with How2Recycle in July 2018 to create labels that help its customers recycle and recycling more than 250,000 tons of material itself in 2018. Hopefully other companies will follow ALDI’s lead and work toward making their business practices more eco-friendly.