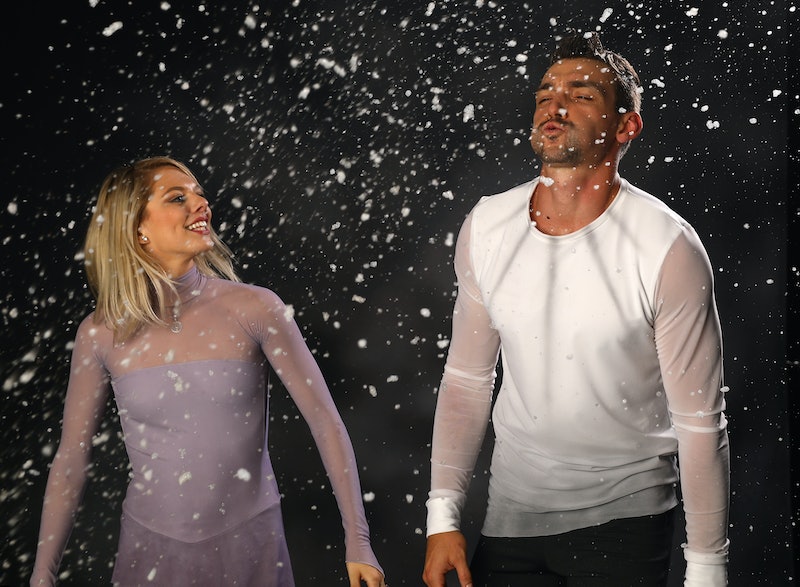 According to an announcement made by the United States Figure Skating organization, figure skaters Alexa Scimeca Knierim and Chris Knierim will be the only pair to represent the United States in that arena at the 2018 Winter Olympic Games in PyeongChang, South Korea. The Knierim pair is not only together on ice; they're a married couple in real life. And they just scored an impressive 69.75 in the pair skating short program, raising the bar for the next event.

The Knierim couple got engaged in April, 2014, and then tied the knot in June, 2016. The couple's case is unique for several inspiring reasons. Firstly, they will be the first American couple to compete in the Olympic games since 1998. Two decades ago, a similar couple — Jenni Meno and Todd Sand — performed together not only as a competing pair but also husband and wife in Nagano, Japan.

The second and perhaps even more interesting reason is more of a stunning athletic technicality. The Knierim duo is the only American pair known for successfully completing their signature move: the quad twist. It's a physical feat that only the most adroit athletes are able to perform with grace and strength.

These dizzying quad twists are performed in other gymnastic sports as well. But in the case of figure skating, there are four distinct types of twists and this one is well-known for its intensity. There's the singular rotation twist known as the single twist. The double twist, as you can guess, requires two twists in the air. The triple needs three successful and rapid twists in the air. As the number of the twists increase, so does the difficulty for the athlete. In the case of Knierim, their signature move is the quad twist. It's a twist with four rapid and intense twists in the air, and completing it is no easy task at all.

On top of being together off the ice and successfully completing the quad twist, the Knierim couple is also known for overcoming personal hardships. In an interview with People magazine, Alexa shared how close she is to her husband. "We just know everything about each other, and I think it helps in the day-to-day when we go to practice and when we compete. We support each other and we kind of know what the other one needs in that moment, and I think that’s what pushes us forward to be the great team that we are," she told the magazine.

After their wedding in 2016, the professional figure skater fell ill, experiencing painful bouts of "vomiting" until she weighed a dangerously low 80 pounds. Alexa's illness forced her to withdraw herself from grueling workouts and skating practice after she was informed by her doctor that she had an extreme gastrointestinal condition that could potentially claim her life.

Alexa told People magazine that her husband, Chris, supported her through her debilitating illness. "The moment I stepped back onto the ice after my surgeries, Chris had to hold me up. I was not capable of standing on my own because of how weak and fragile my body was at that time."

The couple told the magazine that Alexa's illness brought them closer together than before. "It was a hard year, but it made us grow in ways I don’t think we could have if we didn’t go through the traumatic experience that we did," Alexa said. Her husband agreed and told the publication, "After last year, everything that we went through, that helped strengthen our relationship together."

You can expect to see the couple perform their stunning signature move during the winter games in PyeongChang, South Korea. In the meantime, here's a little something: a captivating video of Alexa and Chris practicing the daunting and spellbinding four-rotation twist in air.