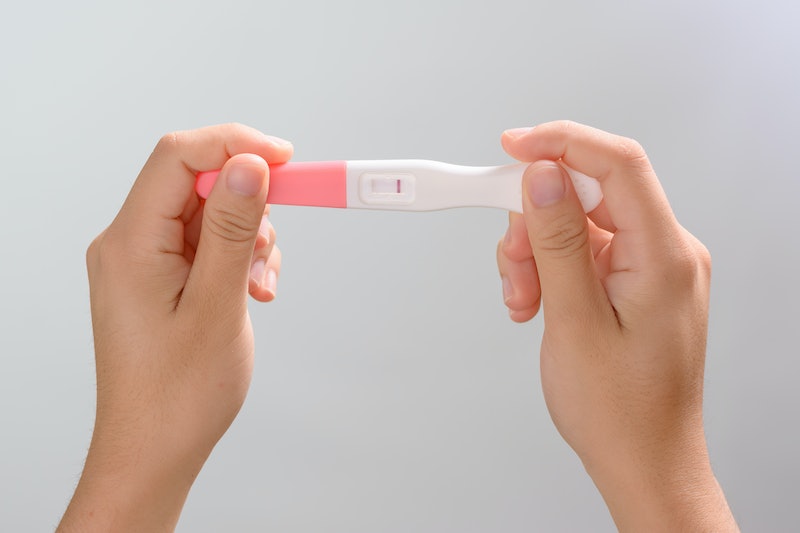 Infertility is a feminist issue. That’s the message of The Seed: Infertility is a Feminist Issue by journalist Alexandra Kimball. A combination of memoir and social commentary, the book examines the ways mainstream feminism marginalizes people with wombs living with infertility. For Kimball, herself a survivor of infertility, it is a subject as personal as it is political.

When I arrive at Kimball’s Toronto home for our interview shortly after the release of her book, she tells me that her son has just celebrated his first birthday. We first connected in 2018, when she reached out to me in the process of researching The Seed, but I had not been to her charming home, which features an assortment of colorful toddler toys that complement her expansive collection of books. After almost seven years of marriage, she and her husband boast a robust family, including two rescue cats and a healthy baby boy; however, this happy ending does not erase the journey that brought her there. “Infertility was a very isolating and difficult experience for me,” she tells me.

Kimball is a pro-choice feminist who, in her mid-30s, decided to have a biological baby, but struggled to get pregnant. Over The Seed’s 150 pages, Kimball demonstrates how the historical conflation of fecundity with womanhood hurts those who can’t conceive, unintentionally (or sometimes intentionally) constructing people with wombs who are infertile as other or incomplete. In one of The Seed’s more provocative passages, Kimball contrasts the abortion she had in her 20s with the infertility she endured in her 30s. “My abortion did not rock my sense of self,” she writes, adding that the procedure is “if not pleasant, exactly about as untraumatic as having an unwanted fetus sucked out of my cervix could be.”

Kimball credits her relatively positive experience with abortion to the third-wave feminists who worked to normalize the procedure. But when she and her husband were unable to gestate a wanted baby years later, Alexandra realized few feminist activists were investing work into infertility.

For a committed feminist like Alexandra, it felt ironic how much of the feminist activism she encountered online contributed to the isolation she felt as an infertile woman.

Kimball’s extended journey with infertility began in 2013 when she suffered a miscarriage that was complicated by a fibroid. Kimball underwent multiple surgeries, but she was still unable to carry a full-term pregnancy. After a few years, she and her partner turned to surrogacy, and began the search for a gestational carrier. “Ultimately, it was five years from start to finish before we brought our baby home,” she says. Kimball felt alone.

For a committed feminist like Alexandra, it felt ironic how much of the feminist activism she encountered online contributed to the isolation she felt. Since the 1960s, the slogan “the personal is political” has been a feminist fixture. But feminist activism doesn't always live up to that philosophy. While the fight for reproductive rights like birth control and abortion are at the forefront of the mainstream North American feminist agenda, the flipside of reproductive self-determination gets far less press.

Alexandra first wrote about her experiences with infertility in a 2015 essay titled “Unpregnant.” Published in Canadian newspaper The Globe and Mail, the piece details the grief caused by her experiences with pregnancy loss and garnered a new level of attention for its author. “Women wrote to me and told me that they felt less alone as a result,” Kimball tells me.

'The Seed' by Alexandra Kimball

When asked what motivated the decision to devote an entire book to infertility, Kimball says, "I wanted to write something that would help women who were struggling to feel seen. I also wanted to open the door to changing the conversation about infertility." Kimball, however, isn’t here to make enemies of other feminists. “My argument in the book is not that there was a deliberate attempt to evacuate us from feminism, but rather, there hasn’t been a complete conversation about this aspect of women’s reproductive lives,” she says.

Aware of her privilege as a professional, able-bodied, cis, white woman in a heterosexual marriage, Kimball does not claim her experiences represent all people with a womb. Her analysis is reassuringly intersectional. "When we see infertility in the media, it’s usually straight white women in their 30s or 40s. But research shows women of color and queer women are even more likely to experience infertility," she says. To paint a picture, medical research shows black women may be twice as likely to experience fertility as their white peers. Statistics on Polycystic ovarian syndrome (PCOS), which complicates conception and gestation, reveals 38% of lesbian-identified women have this condition, By contrast, 14% of straight women are living with PCOS.

"Because it’s not talked about as much, a lot of people who haven’t heard anyone speak of infertility thought this wasn’t a real problem..."

"Existing frameworks and strategies used by mainstream feminism to advocate for safe abortion and birth control could also be used to advocate for safe and affordable fertility treatments," Kimball says. Reproductive rights are a spectrum; it’s important not to let mainstream feminist activism become too narrow. It is possible to organize protests in favor of safe and legal abortion, as well as protests in favor of safe and free procedures like in-vitro fertilization.

While writing The Seed required Kimball to mine her own pain, selling the book also came with its own set of challenges. "Because it’s not talked about as much, a lot of people who haven’t heard anyone speak of infertility thought this wasn’t a real problem," says Kimball. She recounts the comments of male publishing executives who questioned the existence of people’s grief over their infertility. In one upsetting interaction, she says a male editor scoffed at her and said, "Are you telling me all these women are walking around upset and traumatized? I don’t believe that!" Apparently, this editor was unaware of how stigma can silence people.

By the time Kimball secured a deal with Toronto-based Coachhouse Books, she was expecting a baby through a gestational carrier. Kimball suspects her story’s newfound happy ending helped her secure a book deal. After all, when there are representations of infertility in the mainstream, they rarely end without a baby. Think of Meredith Grey’s struggles to conceive in season seven of Grey’s Anatomy. That story arc ended in Grey adopting a daughter and giving birth to two further children in the coming years.

The Seed aims to help bring infertility — and the pain it causes — into the proverbial light. Kimball also hopes to help normalize families created through reproductive technologies like surrogacy through sharing the story of how a gestational carrier named Mindy helped bring her son into the world. “There can be a lot of shame around using surrogacy,” she says. “You hear people say things like ‘surrogacy is a last resort.’” However, Kimball herself feels profound joy about how her son came to her: “This is something we want to celebrate. Our surrogate is part of the family. This is what our family looks like now.”