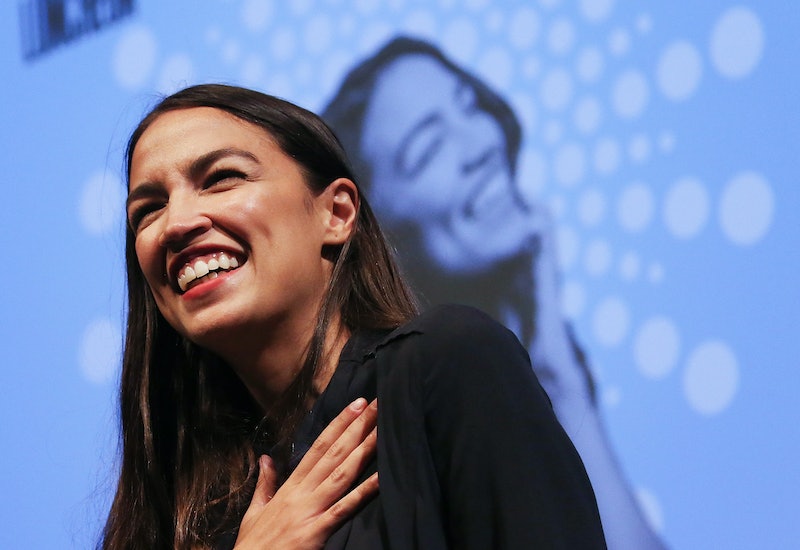 As a profession, bartending can be a demanding and frequently exhausting job. In efforts to raise the issue of minimum wage for such tipped workers, Alexandria Ocasio-Cortez will be bartending during an event this week, The New York Daily News reported.

On Friday, according to The New York Post, Ocasio-Cortez will be at a restaurant in Queens where she will pour some drinks and take some orders as she once did in her previous job as a bartender. On Twitter, Ocasio-Cortez signaled support for the federal Raise The Wage Act, which is the impetus for the upcoming temporary bartender gig.

"To the silver spoon classists saying they're going to 'make AOC bartend again,' you're in luck! I'll be bartending in [New York's 14th congressional district] this week to promote a national living wage," the New York Democrat tweeted. In case you didn't know, Ocasio-Cortez represents the aforementioned district in the Big Apple. "So there you have it, you bunch of milk drinkers," the Democrat cheekily added on Twitter. "Let's see if my margarita and mocktail game is still on point."

In February, the House Committee on Education and Labor carried out its first hearing on the legislation for ensuring there was a $15 minimum wage in every state. If successfully enacted, the bill would take effect by 2024, Vox reported. Proponents of the bill say that it would help tipped workers from various industries, especially fast-food chains, make ends meet without having to stretch their finances.

While Ocasio-Cortez seems to be content with her previous profession, others have taken to mock the New York Democrat. In April, per Politico, President Donald Trump joked about Ocasio-Cortez's Green New Deal, which calls for the United States to completely end producing greenhouse gas emissions and turn to more environment-friendly energy sources by 2030.

According to The New York Daily News, the Restaurant Opportunities Centers United, which is a nonprofit organization, arranged Ocasio-Cortez's upcoming bartending appearance.

"We’re very grateful for our partnership with Rep. Alexandria Ocasio-Cortez, who fully understands the struggles of these workers," the nonprofit's president Saru Jayaraman told the outlet. "As a former tipped worker, Rep. Ocasio-Cortez can shed light on the importance of One Fair Wage to lift up these workers and their families."