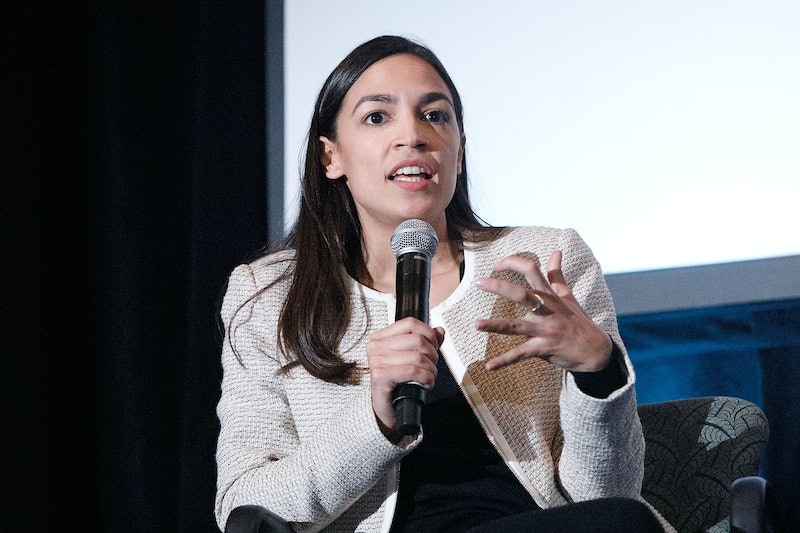 As the nation debated Attorney General William Barr's summary of Special Counsel Robert Mueller's Russia report, one Democratic congresswoman argued that President Donald Trump was merely the symptom of a much deeper problem. In fact, Rep. Alexandria Ocasio-Cortez's apparent response to the Mueller report summary claims removing Trump from office isn't the conversation America needs to be having as it won't fix the problems that led to his election.

"As horrific as this president is, he is a symptom of much deeper problems," the freshman representative wrote in the first of three tweets posted Sunday. "Even foreign influence plays on nat’l wounds that we refuse to address: income inequality, racism, corruption, a willingness to excuse bigotry." She argued this was "the REAL conversation" the country needed to be having.

Ocasio-Cortez was responding to a tweet in which Star Trek actor George Takei had suggested that a take down of Trump — via either the Mueller report or investigations spearheaded by Congress and the Southern District of New York — would still leave the nation with two big questions: "How did a guy like that get elected [and] why do so many still support him?"

"We can't just say 'Fox News' or 'Russians,' Takei tweeted. "We have serious issues to sort out."

The representative for New York's 14th congressional district agreed — Trump isn't the problem. Rather, it's the factors that helped lead to his election. "He can stay, he can go. He can be impeached, or voted out in 2020," Ocasio-Cortez wrote. "But removing Trump will not remove the infrastructure of an entire party that embraced him; the dark money that funded him; the online radicalization that drummed his army; nor the racism he amplified + reanimated."

Earlier in the day, Barr summarized the "principal conclusions" of Mueller's report in a letter to Congress, writing that the investigation "did not establish that members of the Trump Campaign conspired or coordinated with the Russian government in its election interference activities." Barr also revealed that when it came to the special counsel's investigation into allegations of obstruction of justice, Mueller noted that "while this report does not conclude that the president committed a crime, it also does not exonerate him."

According to Barr, Mueller "ultimately determined not to make a traditional prosecutorial judgement," but rather "sets out evidence on both sides of the question and leaves unresolved what the special counsel views as 'difficult issues' of law and fact concerning whether the president's actions and intent could be viewed as obstruction." Barr told Congress that after reviewing Mueller's report he concluded that "the evidence developed ... is not sufficient to establish that the president committed and obstruction-of-justice offense."

On Sunday, Ocasio-Cortez went on to argue that in order for the nation to really "heal," everyone needed to "pursue the hard work of addressing these root causes" behind Trump's election victory.

But don't expect the work to to be easy, quick, or simple, she warned. "It's not as easy as voting," Ocasio-Cortez wrote. "It means having uncomfortable moments" sparked by conversations with those we disagree with, with our loved ones, with the media, and within our own political parties. "It’s on all of us," she said.