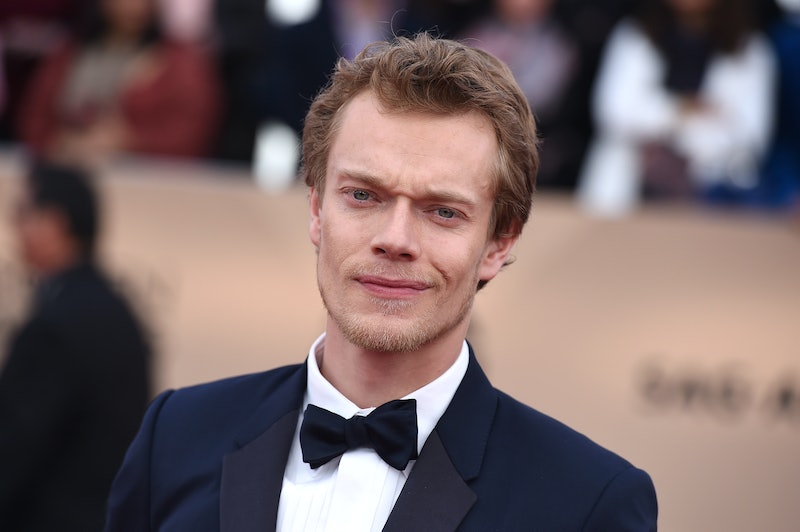 It's been a good few months since Game of Thrones ended, but thankfully its actors still have a lot to say about their experiences on the show. The likes of Alfie Allen, Kit Harrington, and Gwendoline Christie have recently talked about how GoT played a fundamental role in their lives, especially their final scenes as their characters. In an interview with Deadline published yesterday (Aug. 19), Alfie Allen spoke about filming Theon's last scene, and how he felt about his character's journey throughout the series.

"I don't know how to describe it, but it just felt right to end it with the character in a moment like that. It's hard to know what to say," Allen said. "I'm happy, too, that the fans got to say goodbye to the character with an ending that had a bit of honour and redemption. I think his arc deserved that." Understandably, Allen himself has had quite the adventure portraying Theon Greyjoy throughout GoT's run, and is "forever grateful" to show creators David Benioff and D. B. Weiss for the opportunity, "even though they f***d with [his] head a bit along the way."

Allen's character was one of the lucky few to make it to the last season, and while that enabled the actor to take himself and Theon on a unique journey, it also took a toll on his mental health. "It's great to have it end on a positive note, because it was hard, during the process, to open up and talk about how difficult it was," Allen said in response to Deadline mentioning his Emmy nomination. "It felt like the walls were closing in at some points. Theon was kind of hated. Reviled, in fact, might be the word."

"Gwendoline [Christie] and Kit [Harrington] were the two people — everybody a little bit, but them most so — who were always willing to talk to me about that stuff. There's a lot to be said about men's mental health within Theon's journey to Reek and back again."

As Allen notes, Theon's arc ending with "honour and redemption" gave viewers the chance to appreciate the journey that the actor and show creators gave Theon throughout the series.

"It helps to emphasise with him. You need to approach everything with a positive outlook. Everything you do. If it doesn't turn out to be a positive character, then it does make you question, and there were times when it didn't feel like things made sense," he explained. "I was pouring my all into this character, and I would feel at times, when I would enter rooms and people would give me a certain look [...] That was testing, at times, without a shadow of a doubt." He added:

"Even up to the point of getting an Emmy nomination, this character did make me get inside my own head a lot, and there were dark, dark moments. To have fans give the character a pat on the back after all of it, and end it on a note of positivity for Theon, that feels nice."