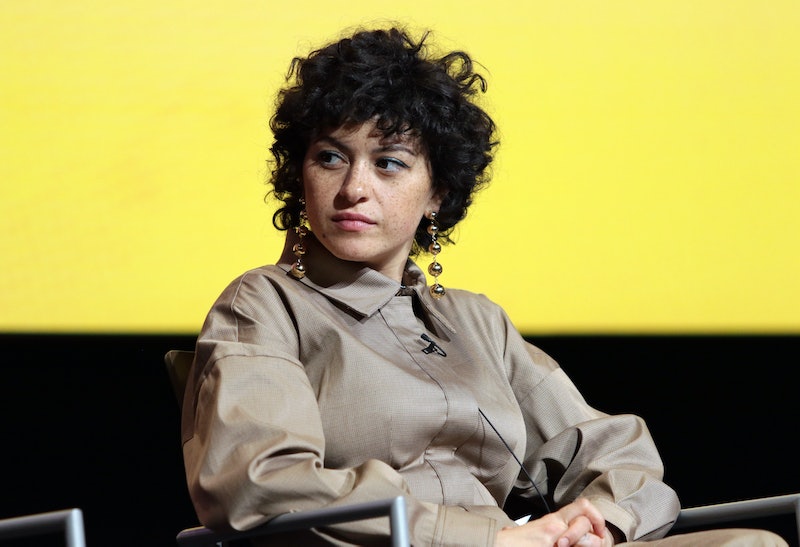 Actor, writer, and artist Alia Shawkat grew up reconciling her Iraqi and American identity during a time when the countries were almost continually at war. Now, as clashes between protesters and security forces rock Baghdad, and the U.S. and Iran use Iraq as a battlefield, she’s hoping other Americans will realize how important hearing the voices of people with ties to the region is. Looking back on feeling like an other, and using art as a medium for change, Shawkat tells Bustle how she sees protests in Iraq and elsewhere as an opportunity for young people in the U.S. to get informed and take action against global oppression.

I'm first-generation American, but still very much American. But when you're a kid, you don't really understand how you're different or what it means. I was acting at a young age, and I would be told I looked "too ethnic," which was always a surprise to me. I was like, “Ethnic? What? What does that even mean?” But my mom was always like, “You're an American. This is what Americans look like. They look like everything.”

My father was born in Baghdad. It felt very strange being American and half Iraqi and seeing my father watch his home be destroyed for the nth time. Really, the third time in our lifetime. The place that he said was like a Middle Eastern London, bustling, wealthy… and then you look at it now.

It’s so important to reconnect to Americans who are also Middle Eastern, to understand where people are coming from who live right next to you.

With all the protests these last six months, there's been a huge turn in how I relate to being Iraqi. Something has completely switched in my father, too, seeing these young kids get killed for peacefully protesting. It's also not nearly being covered as much as it should, because all everyone's talking about is Trump and the election. That’s obviously newsworthy and upsetting, but what's happening all over the world, in Chile, in India, in Iraq, all these protests are reactions to things people feel here in America, especially younger people. People are taking to the streets here, too, but it's not as much of a life or death thing. In Iraq, they just have no other options. They can't get jobs. They can't eat. They have no homes.

On a personal level, it feels like these two things — being American and being part Iraqi — both exist inside of me, but I'm just one person. I see those young students protesting peacefully and getting killed for trying to stand up for a place that I've never even visited. The most that I can do is to try and communicate what’s happening by talking about it and to give another perspective of what it means to be Iraqi American through my art.

To Americans, there are so many cultures that are overlooked. Because of all the tension that has always gone on in the Middle East, it’s so important to reconnect to Americans who are also Middle Eastern, to understand where people are coming from who live right next to you. People always assume things about the Middle East, but if they understand it more, they’ll realize that there's nothing to be scared of.

It's important to educate ourselves to be aware that we all have something. The more we have empathy for other people, the less these excuses to hurt each other will seem tolerable. There should be no reason. It's really important to turn to each other for support, to be like, “I got you. I’m fighting, and I'm fighting for you too.” We're all doing this for each other.

As told to Leila Barghouty

More like this
How To Fight For Reproductive Rights, Based On How Much Time You Have
By Courtney Young
Windrush Victims Are Still Waiting For Compensation
By Sam Ramsden
Jujubee’s Humble Reminder
By Sam Ramsden
Megan Barton-Hanson On Bi-Visibility & The Need For LGBTQ+ Love Island
By Sam Ramsden
Get Even More From Bustle — Sign Up For The Newsletter