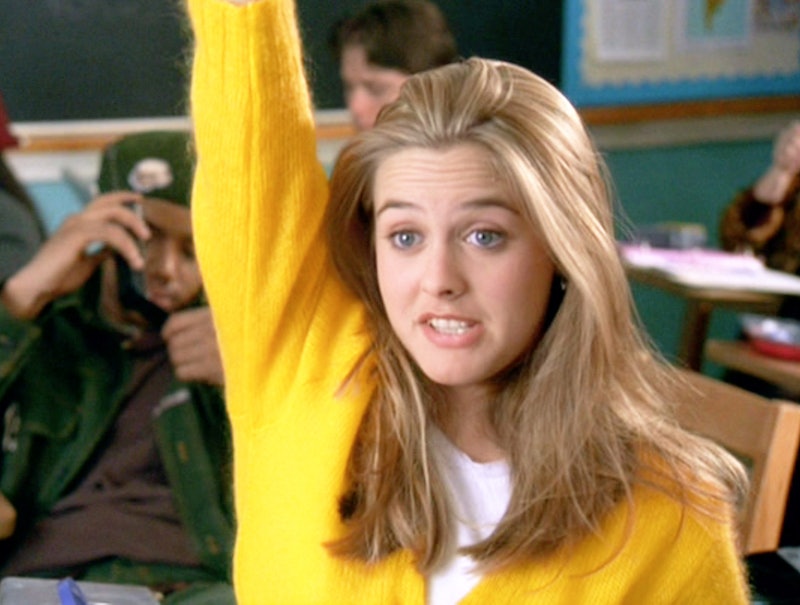 Alicia Silverstone may not be down to make another Clueless movie, but someone very close to her might convince the actor to reconsider. Alicia Silverstone's son Bear has ideas for a Clueless sequel, should one ever come to fruition. And frankly, Martin Scorsese and Greta Gerwig better watch out: this 8-year-old is definitely an up an coming filmmaker.

Silverstone opened up about her breakout film 25 years later, telling Entertainment Tonight that the film's legacy now extends to Bear, who very well could write the sequel. "One night we were laying in bed and he wrote Clueless Part 2 and what and where Cher would be," she explained. "It was unbelievable what he thought. She was an alcoholic but he didn't say those words. He was like, 'She drinks a lot and maybe she's a makeup artist? Like a professional makeup artist.'"

Bear came to love Clueless after Silverstone took him to a screening at a cemetery, but it wasn't the iconic jokes (or the tombstones nearby) that left a huge impression. "The biggest thing he took away from the movie when he saw it was the kiss," she explained. "He hadn't really seen a kiss like that, so from then on, he's been trying to kiss me like that like 'Mmmmmmm,' grabbing me and trying to get his tongue in there. I was like, 'Oh no, this is why we don't show [him the movie]'."

Sadly, it looks like Bear's dream of a Clueless sequel won't be coming true. Silverstone has previously made it clear that there will not be a sequel to Clueless, attributing the choice to the film's writer-director Amy Heckerling. And she told ET that she agrees with her reasoning. "I think what’s really hard about Clueless to re-do it is that Cher learns how to become a whole human," she said. "Where do you pick her up? Do you pick her up from the evolved self or do you pick up from she's relapsed and now she's back to her old ways? I don't know where you go.”

Sequel aside, Clueless is getting a full-on remake, whether you like it or not. In October of 2018, Girls Trip writer Tracy Oliver announced that she was producing a re-imagining of the original 1995 film, saying that it'll be a new take on the classic story rather than a continuation. Perhaps Bear could join the writing team and share some of his ideas? It's what we deserve.