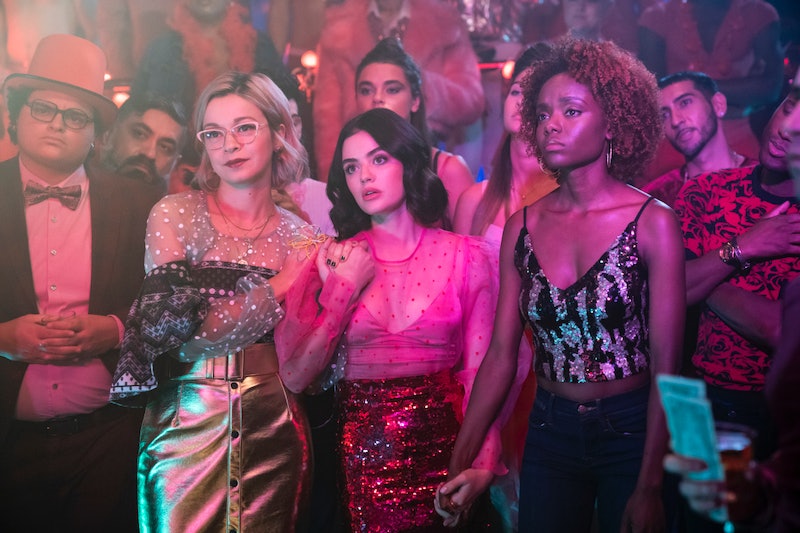 Spoilers ahead through Season 1, Episode 4 of Katy Keene. Roberto Aguirre-Sacasa shows aren't known for being realistic. Just watch five minutes of Chilling Adventures of Sabrina, in which the titular teen witch recently became the queen of hell, or The CW's Riverdale, which once included a mythological villain that turned out to be Betty's evil fake brother in a mask. Buying into all the absurdity is what makes them so fun to watch.

The same is true for Aguirre-Sacasa's new Riverdale offshoot Katy Keene, which stars Lucy Hale as a plucky aspiring fashion designer working at a Bloomingdale's knockoff called Lacy's. The version of New York City she lives in is idealized, over-the-top, and utterly unrealistic in the best and purest way.

This is, of course, intentional. Series creator Michael Grassi told Variety that the series is a "big city fairytale" set in what they refer to as "the New York of the imagination."

In honor of that "New York of the imagination," here are all of the incredible-but-completely-improbable NYC things that happen in the show.

More like this
'Black Bird' Subject James Keene’s Book Helped With His “Redemption”
By Brad Witter
The First Trailer For 'That '90s Show' Includes So Many Nods To The Original Series
By Jack Irvin, Alyssa Lapid and Grace Wehniainen
The 'Ugly Betty' Cast Just Reunited In The Best Way
By Sam Ramsden
How The Thanksgiving Episode Of 'Gossip Girl' Changed Pop Culture History
By Gabrielle Bondi
Get Even More From Bustle — Sign Up For The Newsletter