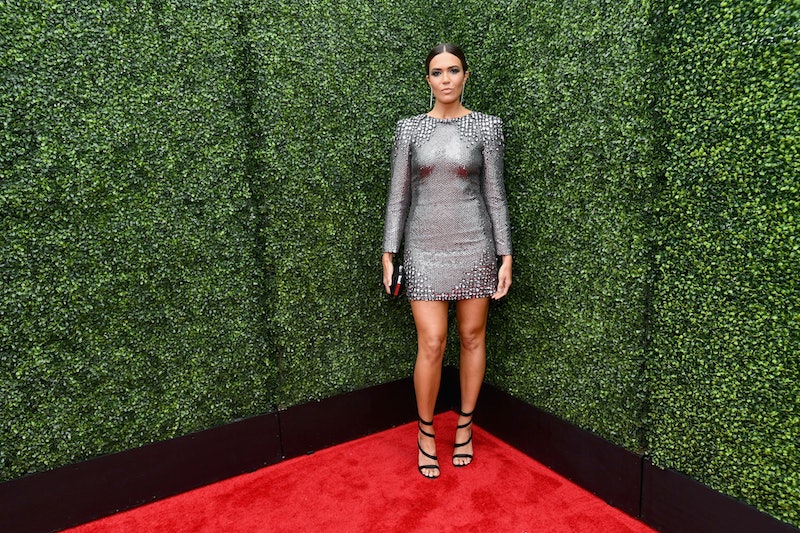 The MTV Movie & TV Awards are one of the most interesting awards shows in the business. It's a casual award show, meaning there's a variety of outfits ranging from totally normal everyday looks to over-the-top, in your face fashion moments. The 2018 MTV Movie & TV Awards red carpet brought the fashion moments left and right, but none of the looks were predictable or boring, that's for sure. While there were a few celebrities that didn't walk the red carpet (Millie Bobby Brown, a big nominee, was absent, for example), everyone from Mandy Moore to Kim Kardashian did show up, and they brought their best fashion moments with them.

The MTV Movie & TV Awards celebrate everything from big action movies like Black Panther to smaller, cult favorite TV shows like This Is Us and Riverdale. The show is relaxed and also has the unique feature of celebrating specific moments in TV and movies (Best Kiss is a classic award for the show, for example) rather than just specific acting performances. It even has awards for reality TV. Combining film and television from all angles is a recipe for a relaxed, fun, interactive awards show and the casual cool style of the stars certainly reflects the show's laid back reputation.