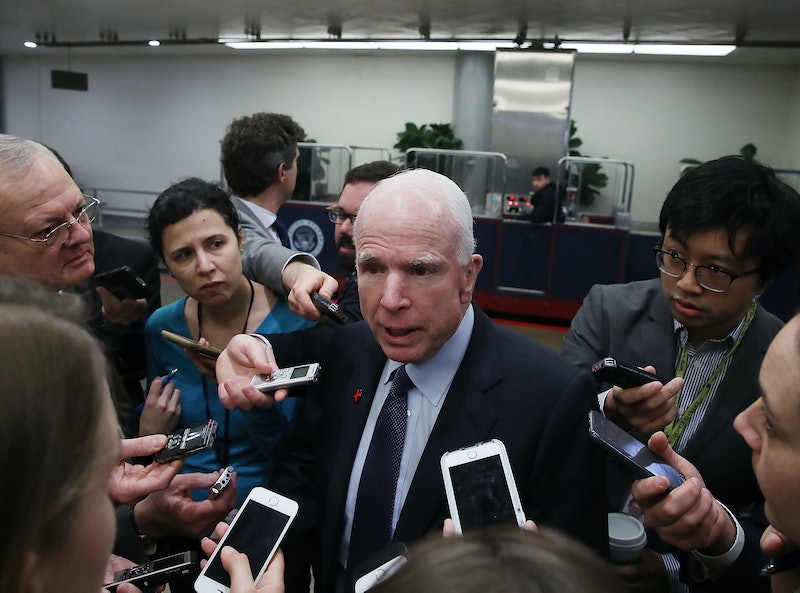 President Trump's budget proposal was destined to meet with Democratic naysaying. In a hyper-partisan era presided over by a historically unpopular and controversial Republican president, rejecting the budget of said POTUS is an easy choice for Democrats. Still, they probably didn't anticipate just how easy Trump would make it for them. Between massive cuts to the State Department and the wholesale shuttering of more than a dozen agencies, Trump hasn't just turned the entire opposition party against him. He's also lost the support of many congressional Republicans regarding Trump's budget proposal. And that's bad news for the White House, since GOP representatives and senators now control the budget process.

Trump's budget defunds no fewer than 19 programs in their entirety. Some of them are small, regional organizations that won't cause nationwide teeth-gnashing over their demise. But others, such as the National Endowment for the Arts and funding for Meals on Wheels, have broad public support and approval. In addition, some of the smaller agencies happen to be in struggling rural areas, aka Trump territory. And congressional Republicans in general are not happy about the huge budget cuts to the State Department.

Here are some of the prominent GOP congresspeople who have rejected Trump's proposed budget: