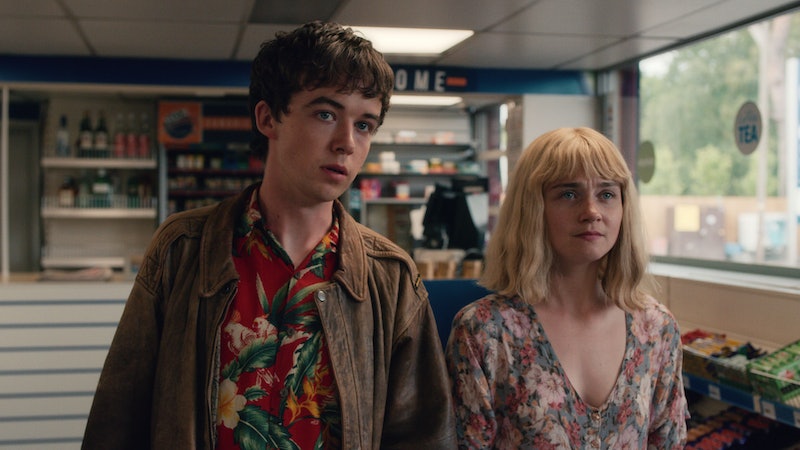 The End of the F**king World is a bleak series filled with blood and depravity, but you wouldn't know that from its Season 2 soundtrack. The songs throughout End of the F**king World are an eclectic and often upbeat mix ranging from 2000s indie rock to '50s doo-wop and '70s folk music. So, basically the opposite of what you'd expect to hear in a show largely centered around death.

Most of Season 2's music was composed by Blur's Graham Coxon, who also scored the first season. According to the Line of Best Fit, the official soundtrack will be released on Nov. 8 and will include tracks such as the suspenseful "She Knows," the dread-inducing "Meaner Than The Sea," and the catchy folk diddy "Mash Potato."

When the show isn't playing Coxon's score, though, it's usually featuring songs pretty incongruous to the events unfolding onscreen. Here's an episode-by-episode breakdown.