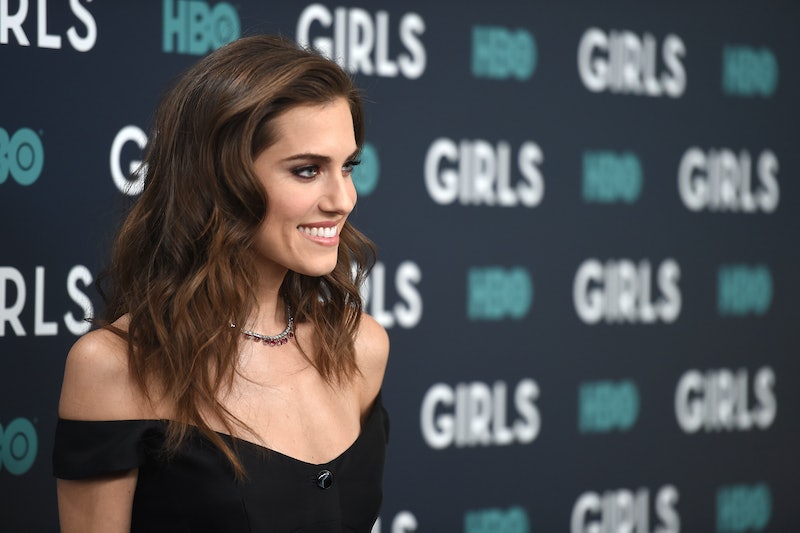 Goodbye Marnie, goodbye brown locks. Girls star Allison Williams' new blonde hair is a definite departure from her on-screen persona, and there's nothing like the end of an era for a fresh hair start. In Williams' case, this meant going big or going home — her locks are straight-up platinum now, and they've never looked better.

Williams took the platinum plunge for an Allure cover story, with some encouragement from the magazine. And they were right — the grown-up take on the light hue looks modern and sleek on Williams. A little root showing makes the color look lived-in and manageable too, without being sloppy. Hats off to the handiwork of Aura Friedman at celeb-favorite Sally Hershberger Salon, who worked her magic on Williams.

Williams joked that she hadn't experimented with a brighter hue before now because of a creative decision she made early on — deciding to go by Allison. "I think if I’d used my middle name professionally—Howell Williams—I’d have a totally different career. I’d be an indie darling... I’d have gone blonde earlier,” she told Allure.

Hey, better late than never. Her fun new color has me seeing shades of platinum, too. I'll have what she's having.

Here's another shot from the March issue...

And a look at the hair in a flawless selfie.

If blondes really do have more fun, platinum blondes must have a blast. BRB, calling my hair stylist.