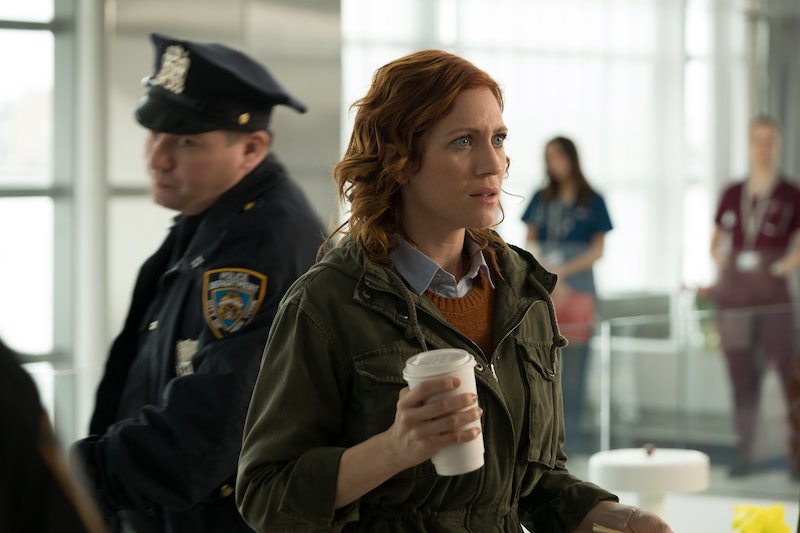 On Fox's new drama Almost Family, a fertility doctor is revealed to have used his own semen to impregnate patients at his clinic. It's just salacious (and appalling) enough to sound like it might be ripped from the headlines. And though Almost Family isn't based on one true story in particular, it is, unfortunately, inspired by similar cases.

Almost Family is an American remake of an Australian series called Sisters. There are a few changes, but the overall story is the same: a woman named Julia (played by Brittany Snow in the American version) who believed herself to be an only child finds out that her fertility doctor father (Timothy Hutton) has been inseminating IVF patients with his sperm, making him the biological father of their children. Afterward, Julia begins to bond with two of her newly realized siblings, Roxy (Emily Osment) and Edie (Megalyn Echikunwoke), the latter of whom she already knew and used to be friends with, unaware of the fact that they shared a father.

Ahead of Sisters' 2017 release, the Sydney Morning Herald published an interview with series writer and producer Imogen Banks in which she explained how she was inspired by real-life stories of fertility malpractice. Banks said she and her creative partners had been considering making a drama about people conceiving using IVF, "But suddenly, we started seeing these cases from overseas. We went, 'This is really a story about family and what it is.' It's about nature versus nurture. How your identity is constructed — and what happens when a central pillar of your identity is suddenly removed."

The Sydney Morning Herald also pointed to examples of situations similar to the story of Sisters (and now, Almost Family). There's the case of Bertold Wiesner, a doctor who may have fathered up to 600 children at his own clinic in the 1940s. A few years ago, a doctor in Indiana admitted to using his own sperm to impregnate patients. And there have been documented cases in Canada and The Netherlands. In some instances, the children of the doctors found out the truth after taking DNA tests and seeing that they had a lot of genetic matches all linked back to the same person: the doctor who performed their mother's procedure.

Unsurprisingly, basing a story on real situations like these and framing the show as being even sort of light or heartwarming isn't going to go over well with everyone. In her review of Almost Family for Entertainment Weekly, writer Kristen Baldwin called the show "a nightmare saga about a sociopathic IVF specialist, masquerading as a touchy-feely family drama," noting there's a lack of anger from the women victimized by the doctor — something the Australian version showed. "Though most of the story points in the Family pilot mirror Sisters' first episode, the Australian drama at least had the decency to treat this subject with an appropriate patina of dread," Baldwin writes.

In the real-life cases, some of the children of the fertility doctors sought justice, and others questioned their entire lives. (One child of the Indiana doctor told the Indianapolis Star, "My reality is forever altered… I don't know what normal is anymore.) So though Almost Family was inspired by true stories, it sounds like it doesn't necessarily reflect them accurately — at least not as well as Sisters did.

But during the Television Critics Association summer press tour, Almost Family producer Annie Weisman promised the show would get there eventually. "There's going to be a very serious contending with what it meant to the people who didn't consent to this behavior," she said, per Deadline. "We're also going to get into more complex motivations. In any story, it's important to feel empathy and understanding for a character so we plan to get into that."

Viewers can decide for themselves if they want to stick around long enough to see that play out.