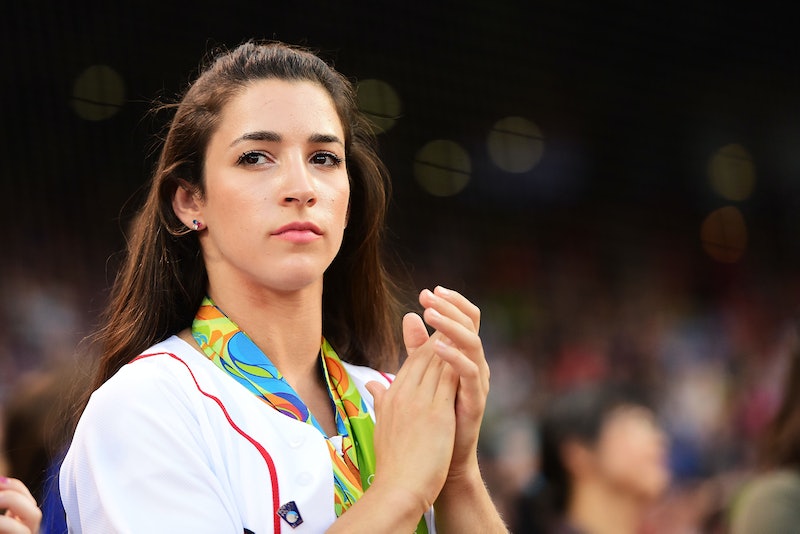 A second member of the USA Gymnastics Fierce Five squad has came forward with allegations against Larry Nassar, the former team doctor. On Friday, Olympic gymnast Aly Raisman claimed that Nassar sexually abused her. Nassar, who is in jail awaiting sentencing after pleading guilty in July to three charges of child pornography, has not publicly commented on Raisman's allegations.

Raisman joins former teammate McKayla Maroney in the accusations against Nassar. Back in October, Maroney went public with her allegations that Nassar repeatedly and frequently abused her from when she was 13 until when she left the sport. Nassar has never publicly responded to Maroney's allegations of sexual abuse. He is currently named in multiple lawsuits alleging sexual misconduct; hundreds of athletes have made such accusations.

In the 60 Minutes episode in which Raisman told her own story, she declined to provide details of her alleged abuse, saying instead that it was important not to keep these things quiet.

“It's important to speak up for something and it's right. It's the right thing. More people need to talk about it and I just feel that it's not getting enough attention in the sport," she said in an August interview with USA Today and the Associated Press. That's what bothers me. I want these young girls to know. It should have never ever happened and I think that needs to be discussed more.”

Raisman said that she was 15 when Nassar first treated her. He was affiliated with USA Gymnastics in various capacities for over two decades, and the earliest a gymnast alleges that he sexually abused her was in 1994. In addition to the child pornography charges, Nassar is also facing 33 charges of criminal sexual conduct, according to USA Today. While he pleaded guilty to the child pornography charges, he pleaded not guilty to the charges of criminal sexual conduct, as reported by CBS. Nassar faces 22 to 27 years in prison after his guilty plea.

After denying all allegations against him in 2016, Nassar told the IndyStar newspaper that everything went back to a "misunderstanding" on the part of the gymnasts. “It saddens me greatly to think that these gymnasts feel I offended them when I was trying to help them,” he said. He has remained quiet on the subject as further allegations have mounted against him, including those from Maroney and Raisman.

Raisman, for her part, has been quite vocal in criticizing USA Gymnastics for its handling of reports of sexual abuse. The organization was mentioned in at least one of the lawsuits against Nassar along with the accusation that they had not done enough to protect their athletes.

Following Raisman's criticism, the U.S. Olympic Committee and USA Gymnastics made pledges to confront the issue directly. "We are taking this issue head-on, and we want to work with Aly and all interested athletes to keep athletes safe,” wrote USA Gymnastics in a statement in August.

"The tragedy of sexual abuse in sport, and society in general, is something that all of us have a duty to confront," USOC spokesman Patrick Sandusky said. "The safety and security of our athletes and the staff that support them is our highest priority and we will continue to take all steps necessary to provide safe and secure training environments.”

Raisman wasn't entirely satisfied with those statements, however. "It can’t just be about we’re making sure the athletes feel safe now," Raisman said. "You can’t really create change unless you ask the other gymnasts that have come before, what can they do to help?”

Her public accusations could be a major impetus for the USOC and USA Gymnastics to truly eradicate this problem. Raisman is a very high-profile athlete and holds incredible clout in the sport; she is a six-time Olympic medalist, including three golds, and she was the captain of the gold medal-winning 2012 and 2016 squads. She now devotes a lot of attention to encouraging body positivity and combating cyberbullying, and she's chronicled her experiences in a new book, Fierce.

"I am angry," Raisman said in her 60 Minutes interview. "When I see these young girls that come up to me, and they ask for pictures or autographs ... every time I look at them, every time I see them smiling, I just think—I just want to create change so that they never, ever have to go through this."