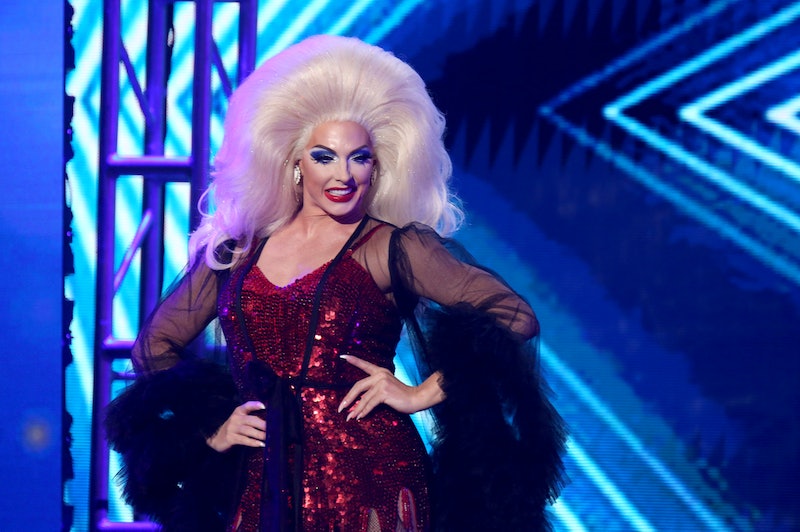 You probably didn't tune into the June 12 episode of Drag Race: All Stars expecting to see Alyssa Edwards get out-danced by a fellow queen. This is someone who owns and runs an award-winning dance studio and literally has a Netflix show called Dancing Queen. Even her competitor, Shea Couleé, was surprised she won.

Alyssa appeared on All Stars as one of the lip-sync assassins, a new twist introduced in Season 5. After Shea won the celebrity crush-themed maxi-challenge, she received the honor of lip-syncing against Ms. Edwards for a cash tip of $20,000 and the power to eliminate a bottom queen.

"I'm back back back back, back again!" Alyssa proclaimed as she assumed the stage. The first beat of Pointer Sisters' "Neutron Dance," gave her a strong start, but her performance was ultimately more of a sprint than a marathon. If it weren't for her fringe jacket billowing with every move, it would've been pretty lackluster.

Shea, meanwhile, kept the judges entertained with surprising leaps and expressions. "Shea Couleé, you're a winner baby!" Ru exclaimed after the song ended. Alyssa clapped for her competitor. Despite her immense personal success, she's actually used to coming up short in Drag Race. She placed sixth in Season 5 and fifth on her All Stars run.

"Always and forever a runner up," Alyssa declared on her way out.