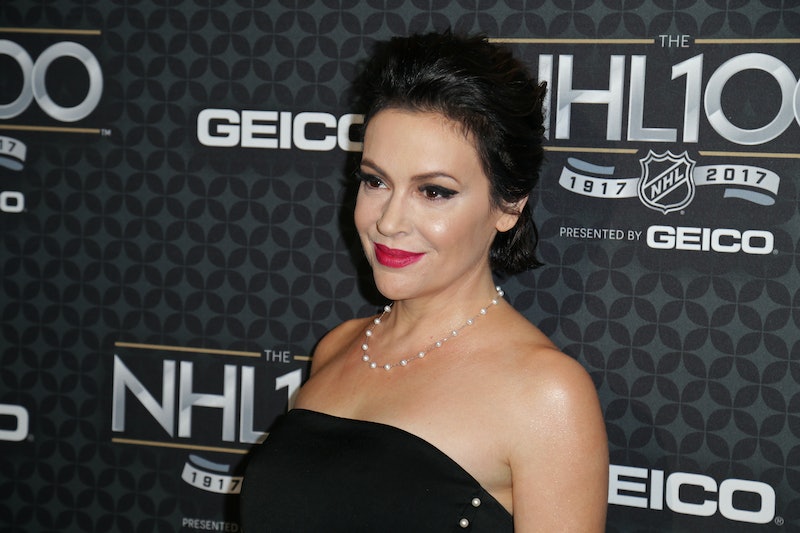 One of the activists in the #MeToo movement is calling on America to officially enshrine gender equality into the Constitution. Democratic lawmakers and actress Alyssa Milano called for the Equal Rights Amendment (ERA) to be ratified in a press conference on Capitol Hill on Wednesday.

Democrats such as New York Rep. Carolyn Maloney joined Milano in calling on the last American state, Virginia, to formally ratify the ERA. Per ABC News, activists say that with Virginia joining the rest of the country, the push to add the ERA into the Constitution could gain considerable momentum.

Last year, Milano sparked an avalanche of tweets after she posted this message on her Twitter: "If you’ve been sexually harassed or assaulted write ‘me too’ as a reply to this tweet." Then, the #MeToo movement, which was originally started by activist Tarana Burke, became a full-blown culture shift.

"Women came together, in the last year, to say 'Me Too.' We supported each other and we held men accountable by saying 'Time’s Up.' Well, I’m here today to say, the time is now to pass the ERA so that all citizens of our country have the opportunity to reach their full potential," Milano said during the Wednesday press conference.

The ERA refers to a proposed amendment originally penned by Crystal Eastman and Alice Paul. It first entered the American political arena when it was introduced to the Congress in 1921. In 1978, under former president Jimmy Carter's administration, the ERA was passed by simple majority while Carter set June 30, 1982 as the deadline for state-level legislatures to ratify the ERA. No state came forward to do so.

Almost a century later, the proposed amendment remains just that — a proposal seeking ratification. It simply states, "Equality of rights under the law shall not be denied or abridged by the United States or by any state on account of sex."

It may disappoint some to know that there is a lengthy and often strained federal process behind including the ERA into the American Constitution. In other words, it may be more convenient to propose an amendment than to get it ratified. To formally include an amendment into the Constitution of the United States of America, it will need at least 38 states backing it.

Getting 38 states to agree upon a proposed amendment is naturally the opposite of an easy, breezy task. State legislatures may not support the crux of the proposal, political differences may take priority over civil rights issues, and more. At this moment, with Illinois becoming the 37th state to support the ERA, the proposal needs just one more state to come through. And that state is, as mentioned before, Virginia — the Old Dominion.

But the fact that it took decades for 37 states to come together on the civil rights issue may show how politically fraught the country is when it comes to the subject of the ERA.

In spite of the years it has taken for state legislatures to support the ERA, activists and pro-ERA politicians haven't lost their passion for being heard. In fact, it seems like the current climate is pushing them to work harder to make a case for the proposal.

It is unsurprising that the #MeToo movement is invigorating that momentum and velocity among politicians, particularly women on Capitol Hill who have cited the cultural fluctuation as a reason for trying harder for ERA.

Last week, New York Rep. Maloney said, "As we see attacks on women's rights, autonomy, and bodies every single day from the Trump Administration and the Republican Congress, passing the ERA is our strongest weapon to fight back."