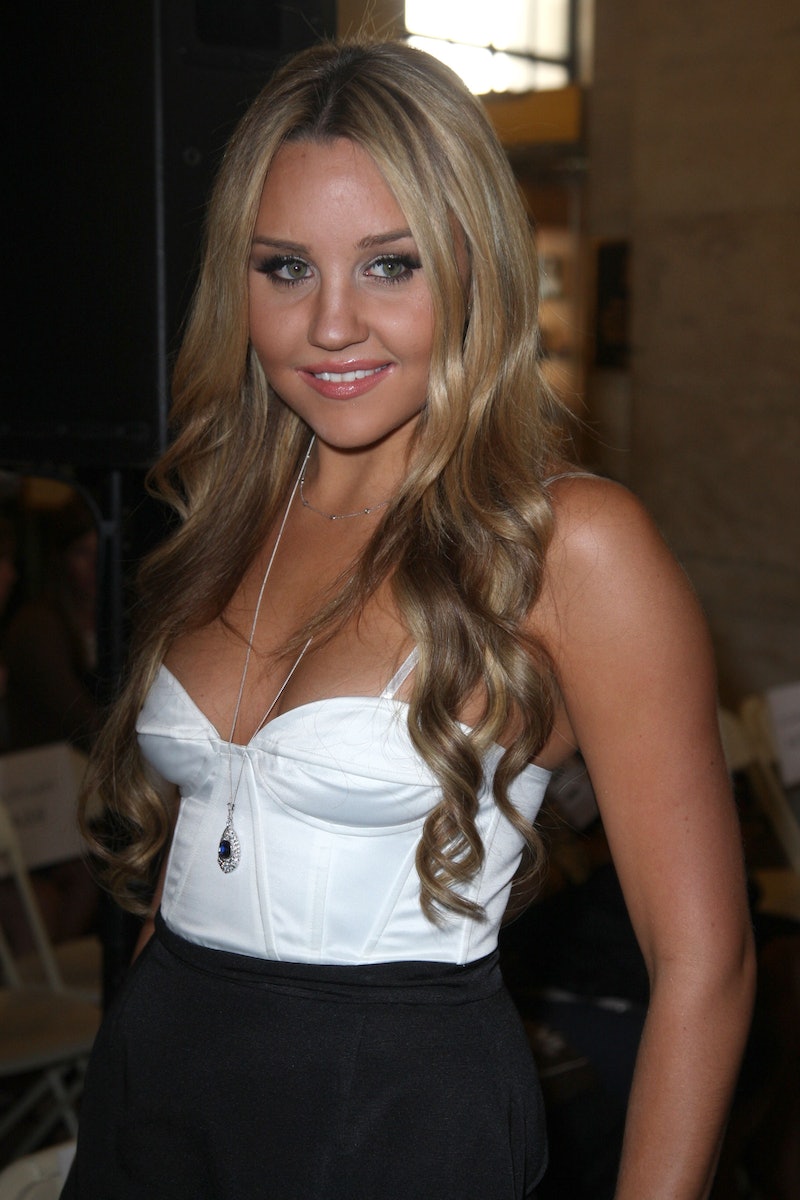 Not all news nowadays is coronavirus-related. Amanda Bynes is reportedly pregnant with her first child, as revealed on Tuesday, March 17. The actor and her ex-fiancé, but perhaps current beau, Paul Michael announced the exciting news on Instagram. However, as of Wednesday, both of their posts appear to have been deleted. Bustle has reached out to Bynes for comment, but did not receive an immediate response.

On Tuesday, Michael posted a slideshow on Instagram, which, as reported by People, included a selfie of himself and Bynes that she had previously shared on Mar. 9, and a photo of an ultrasound with her name on it. “Baby in the making,” he captioned the post. Later, the Easy A star reportedly reposted the ultrasound image to her own Instagram account, confirming the news with a succinct "Baby on board!" Both posts were deleted just a few hours after they went up, but a source confirmed to E! News that the news was indeed true, adding that Bynes was in the "very, very" early stages of pregnancy and her parents were already aware of it.

The baby news comes just days after the couple had reportedly broken up three weeks after announcing their engagement on Valentine's Day. However, Bynes' selfie of the couple that she posted on Mar. 9, just a day after their split was announced, suggests that they might have reunited, or, at the very least, that they're on good terms.

Bynes is currently staying at a treatment center for continued care of her mental health issues. Her court-appointed attorney David A. Esquibias has not commented on the reported pregnancy, but he did issue a statement about her health and current living situation to E! News.

"Any reports that Amanda is suffering from drug or alcohol addiction issues are completely false. She is seeking treatment for ongoing mental health issues," he said. "We ask for privacy during this time, and for any speculation about her personal life from the public and the media to cease so Amanda can focus on getting better."

More like this
Vanessa Hudgens Is Reportedly Engaged To Cole Tucker
By Jake Viswanath
Pamela Anderson’s Dating & Marriage History Could Be Its Own TV Series
By Jake Viswanath
Keke Palmer Shares The Sex Of Her & Darius Jackson's Baby
By Jake Viswanath
Reese Witherspoon Confirms This Fan Favorite Will Return For 'Legally Blonde 3'
By Jake Viswanath
Get Even More From Bustle — Sign Up For The Newsletter
From hair trends to relationship advice, our daily newsletter has everything you need to sound like a person who’s on TikTok, even if you aren’t.