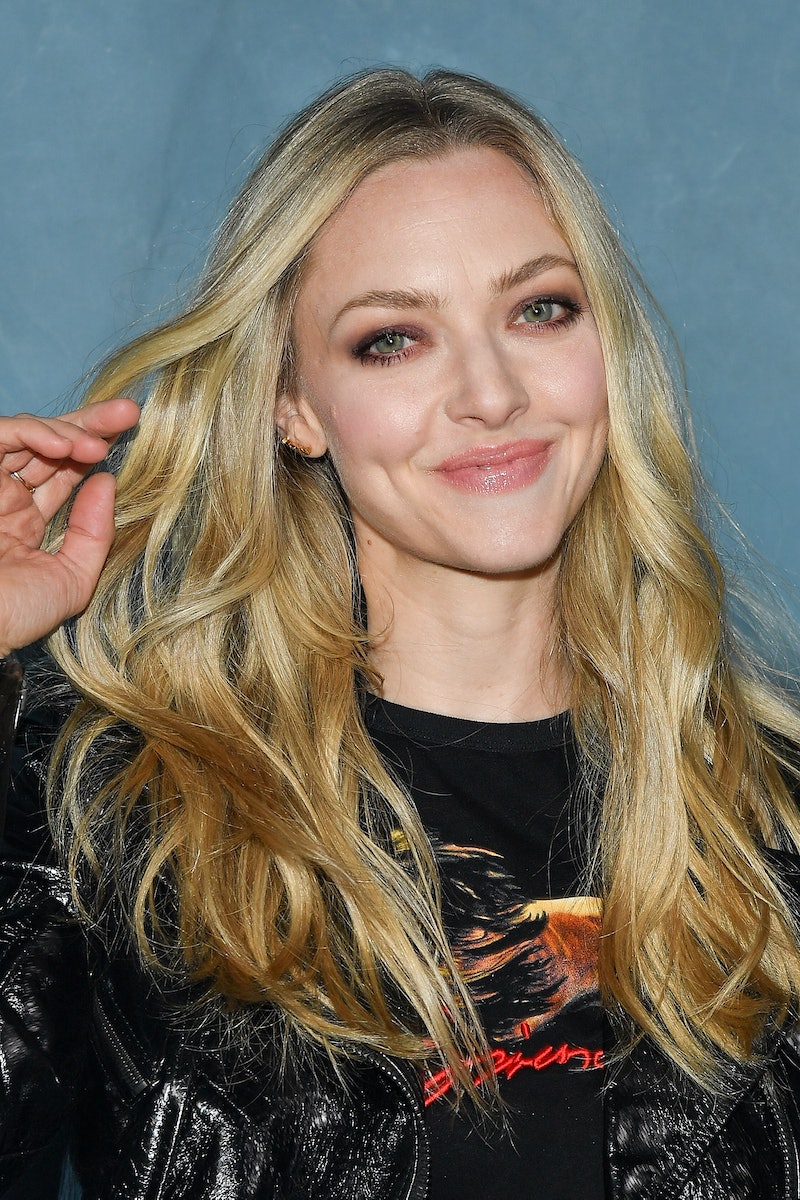 Believe it or not, next month will mark the 15th anniversary of Mean Girls, which gives fans more reason than ever to look back on the cult classic and remember some of our favorite moments. And that's precisely what the film's cast members are doing as well. During a recent interview with Entertainment Tonight, Amanda Seyfried revealed her favorite Mean Girls memory and it'll give you a deeper appreciation of Karen Smith. Turns out, what Seyfried remembers most has to do with the stellar craft services display that was apparently available.

"Oh my god, I ate everything!" Seyfried recalled to the outlet at the Good for a Laugh benefit at Largo at the Coronet in Los Angeles on Friday, March 1, in reference to all the food provided on set. "It was the first movie that I had ever done, so I just ate everything." Of course, it wasn't all about the food. The movie happened during a very big milestone in the actor's life. "I had the best time," Seyfried explained during the same interview. "It started [filming] in September, when I had graduated high school, so it was 'college' for me, and I mean, I was the luckiest person in the world. And the food in Toronto, craft service is [great]."

Anyone willing to bet that the cheese was her favorite snack of choice?

Mean Girls hit theaters back on April 30, 2004 and has become a beloved favorite that has maintained its popularity over the past 15 years. Even now, fans celebrate October 3, hoping that Aaron Samuels will ask them what day it is. Not to mention that the movie is just so gosh darn quotable it's impossible not to make references to it on a weekly, if not daily, basis. Heck, even Ariana Grande paid homage to it in her "Thank U, Next" music video. And, of course, let's not forget that it turned into a Broadway musical just last year. So to say this film has withstood the test of time would be an understatement.

Given how much the movie still means to fans, it's funny to think that Seyfried's biggest takeaway from it all was the elaborate snack bar, but hey to each their own. Plus, who doesn't appreciate a good food spread, especially when you're on the set with the likes of Rachel McAdams and Tina Fey. Here's hoping this happened at the craft services bar at least once:

On the one hand, it's hard to believe that it's already been 15 years since this movie came into our lives, but at the same time it feels like it's been with us forever. In fact, it's hard to imagine a time when this film didn't exist. And it's nice to know that cast members like Seyfried have just as many fond memories of Mean Girls as we do — even if those memories involve food. Gretchen Wieners' hair may be full of secrets, but our love for this movie could not be more public.