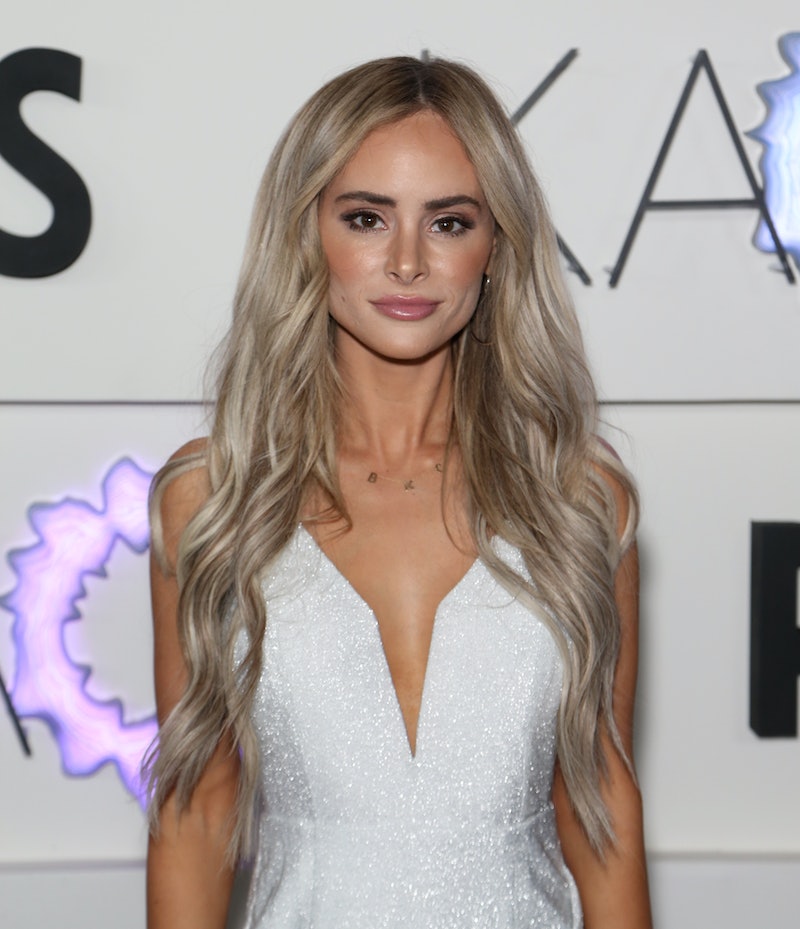 After dating on The Bachelor and Bachelor in Paradise, it makes sense that Amanda Stanton's love life is a topic of conversation. Consequently, this also includes breakups. There's been speculation that she recently became single. On Monday, Amanda Stanton confirmed her breakup with Bobby Jacobs and shared her thoughts on the situation. Us Weekly reported that the mother-of-two discussed the split in a series of Instagram Story videos.

Before getting into the specifics, Amanda reassured her friends and followers by saying, "First of all, I want to let y’all know I am totally fine." Then she got to it and declared, "I wanted you guys to hear it from me that yes, Bobby and I broke up."

Aside from talking about the breakup, Amanda addressed some tough accusations from haters. She started,

"First and foremost, I want to clear the air about my kids. My kids know, no matter what, they are always my number-one priority. Always. I remind them that every single day. They never feel like I’m choosing a guy over them, and that’s the silliest assumption about me that I’ve ever heard."

Unfortunately, people just assume they know everything about Amanda's family life since she was on reality TV and posts photos on Instagram. Of course, that's not actually the case, In a caption for one of her Instagram Story videos, Amanda clarified, "I don't talk about their dad ever. But yes they have one. He is very involved in their lives."

In another video, Amanda admitted, "Secondly, I was completely blindsided [by the breakup] and it just happened very suddenly." Then, she added, "Before I get into it, Bobby didn’t do anything wrong, so don’t go hating on him for it. Yes, I was surprised, but it’s OK."

Why was she so surprised then? She revealed, "We talked about things like getting engaged." She even confessed, "I thought were going to get engaged by the end of the year." She really felt like they were moving in that direction, especially since they got a place together, and to her, that was basically "as serious" as an engagement.

As open as Amanda was in her Instagram Story videos, she didn't say one bad word about her ex. She even said, "We had a great relationship, it wasn’t toxic." Amanda declared, "It was actually the healthiest relationship I’ve ever been in. He was my best friend, I was super happy and that was not fake."

Because the breakup was so sudden, Amanda explained,

"I also never really got a chance to talk to him about how we were going to address this is in public. Obviously, he's never gone through a breakup that was public before. I know he mentioned some stuff on Instagram and that's OK. I don't think he meant to hurt me, but I wasn't necessarily ready to talk about it."

Now, Bobby's Instagram account is private, but another Us Weekly article reported that Bobby confirmed the split on April 5 when he responded to comments on his page.

Bobby reportedly commented, "There was no cheating." He also wrote, "I’d always be there for the girls and I’ve voiced that many a time. Coming from having a deadbeat Dad I’ve chosen to live my life nothing like him. They touched my heart and vice versa. No matter what I’ll always be around for them."

In the conclusion of her videos, Amanda ultimately took the breakup as a positive thing. She said, "If you have doubts about somebody or you're not feeling it, I respect the decision to break up with them and not lead them because eventually it's going to happen. I'm glad he didn't waste more of my time."

And as tough as it is to go through a breakup, let alone a very public breakup, Amanda seems to have a very mature and optimistic view on the situation. Hopefully now that both she and Bobby have confirmed the end of the relationship, they will be able to find their new normal in private.