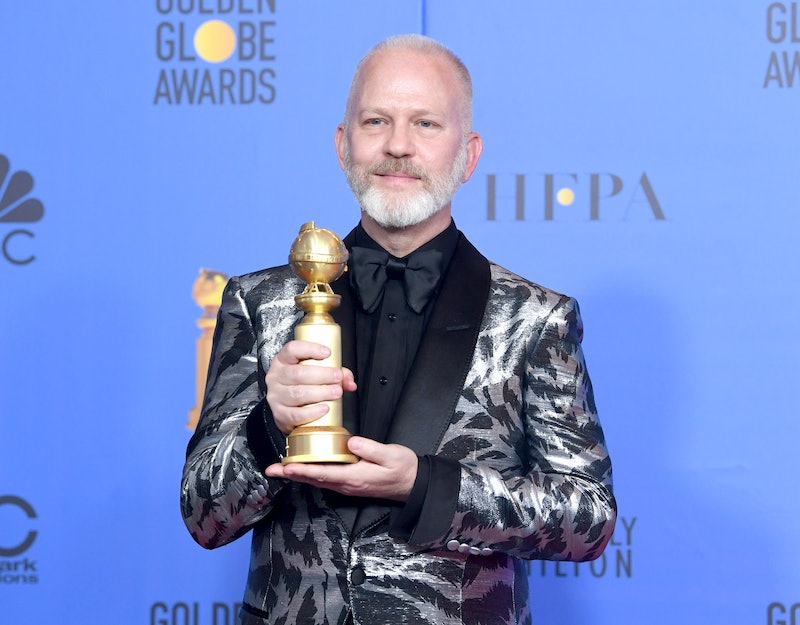 American Horror Story is known for rounding up an impressive cast of characters each and every season, but it's looking like the ninth installment is going to see its most interesting addition to the team yet. On Wednesday, Ryan Murphy announced on Instagram that Olympian Gus Kenworthy will be in American Horror Story Season 9, playing the love interest of Emma Roberts' character. So yeah, to say this role is going to be epic would be a total understatement, to say the least.

"That special moment when you realize you have an Olympic medal AND will be playing Emma Roberts’ boyfriend on American Horror Story Season 9," Murphy captioned his post on Instagram alongside a photo of Kenworthy. As of now, that's everything we know about his character thus far, but as time goes by more and more details are sure to be revealed. But given that this is American Horror Story we're talking about, it's highly possible Kenworthy's character won't make it out of the season in one piece. If he thought competing in the Olympics was difficult, just wait until he full immerses himself into the AHS franchise, where survival is not only not guaranteed, but also highly unlikely.

Of course, Roberts is no stranger to the anthology series, having participated in multiple seasons since her memorable debut as Madison Montgomery in Season 3's Coven. From there she returned to star in Freak Show (Season 4), Cult (Season 7) and reprising her role as Madison in Apocalypse (Season 8). Additionally, Roberts was also a lead member of Murphy's Fox comedy Scream Queens, so she's definitely in the showrunner's inner-circle and will be able to properly show Kenworthy the ropes. (Traditionally, TV couple names come from combining the character names together, but since we don't know what theirs are yet their real names will have to do. So would that make them... Gemma?)

There are still a lot of questions that need to be answered before the series returns this fall. In fact, the overall theme for American Horror Story Season 9 has yet to be announced, though that's typical at this point in the year. Murphy likes to keep things rather close to the vest for as long as possible to help draw out the suspense and intrigue. But now that we know an actual Olympian is involved, interest is sure to be piqued even more than usual. How many episodes will he be in? How will his character fit into the story? Who else will he be sharing screen time with apart from Roberts? There's still so much we have yet to uncover.

Those who have been cast in Ryan Murphy shows in the past tend to keep popping up in many of his other various projects. (Who wouldn't love to see him apart of a potential Scream Queens reboot?) So perhaps this is only just the start of this professional skier's acting career — you know, when he's not too busy winning Olympic medals in his downtime.