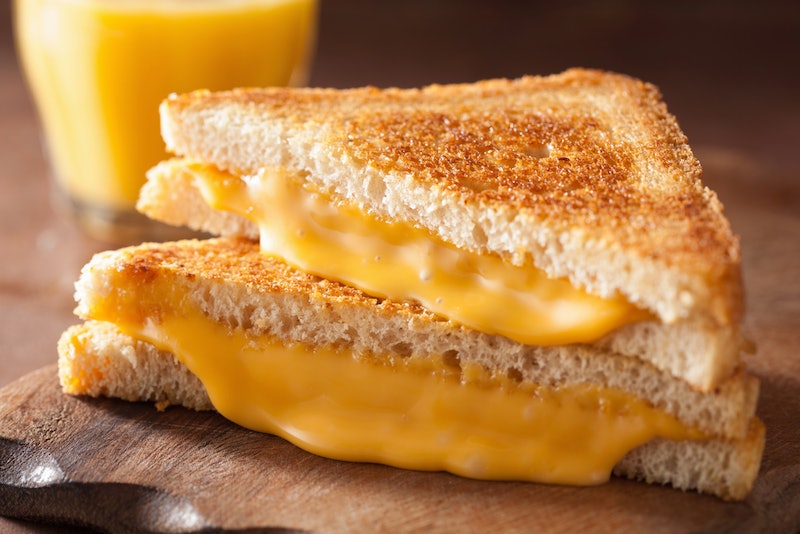 Great (grate?) news for cheese-lovers across the country: the U.S. will likely not be running out of the beloved dairy product for a long, long time. Average cheese consumption in the U.S. has climbed over the decades and is currently at an all-time high, according to Bloomberg. Yet as NPR reported, this was still not enough to make a sizable dent into the country's current 1.4 billion-pound cheese surplus.

The nation’s love affair with cheese is well-documented, with the government keeping track of domestic cheese data since 1970, according to the United States Department of Agriculture (USDA). The average American consumed around 37 pounds of cheese in 2017 — to put that into perspective, that’s roughly the size of a three-year-old child.

You might be wondering what exactly a cheese surplus entails, and how more than a billion pounds of excess cheese came to be in the first place. The surplus is the product of a much bigger issue, and isn’t exactly a new trend. As Vox reported in 2016, American dairy farmers have been over-producing milk for years. The overabundance of milk means that more cheese is made from the milk to help curb product spoilage, since cheese can be stored and stay fresh for much longer than milk can without going bad. If you need a visual of just how much cheese that is, Vox estimated that the surplus is roughly 900,303 cubic yards, or the equivalent of the U.S. Capitol building, making it the largest glut of cheese in U.S. history.

Americans’ cheese-consuming habits have also been changing, Andrew Novakovic, professor of agricultural economics at Cornell University, told NPR. that U.S. cheese industry heavyweights like string cheese and processed cheese slices have fallen out of favor, Novakovic said, with more cultured options gaining popularity. (You may remember that millennials "killed" American cheese a few months back.) "What has changed — and changed fairly noticeably and fairly recently — is people are turning away from processed cheese," Novakovic told NPR. "It's also the case that we're seeing increased sales of kind of more exotic, specialty, European-style cheeses. Some of those are made in the U.S. A lot of them aren't."

Very little American cheese is actually exported, with 94 percent of U.S.-manufactured cheese remaining in the country in 2017, according to data from the U.S. Dairy Export Council. But since imported cheeses tend to be more expensive, Novakovic explained that people who do opt to buy it end up purchasing less cheese in total.

The silver lining for cheese enthusiasts? A giant surplus of American-made cheese means lower prices. "It's the same as it is for everything else: If you've got too much of something, the price has to go down until consumption rises," Novakovic told NPR.

Quite frankly, I'll take any excuse to eat more cheese.