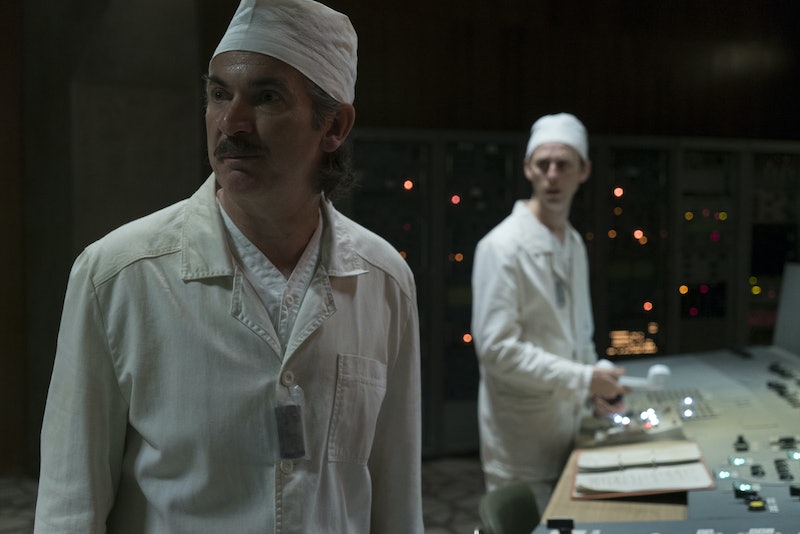 As HBO's Chernobyl makes very clear in its retelling of the massive nuclear disaster, it's clear that there are many people and systems to blame for how the even occurred and the immediate response. When it comes to people who were actually punished for their involvement, however, there may be no more infamous figure than Anatoly Dyatlov, played by Paul Ritter on Chernobyl, who spent a decade in prison after being found guilty of criminal negligence following the disaster, per The Washington Post. Dyatlov was sentenced to prison for his involvement, but he later insisted that he is not to blame for the problems that led to the explosion.

Dyatlov wasn't the only person arrested for the Chernobyl disaster. The New York Times also lists plant director Viktor P. Bryukhanov and chief engineer Nikolai M. Fomin among Chernobyl workers who received ten-year sentences for violating safety regulations and created the context that allowed the Chernobyl explosion to occur. Per The Washington Post, Dyatlov claimed that despite being accused of taking needless risks for the sake of an experiment he was conducting, as the official version of the events at Chernobyl details, the official version is actually using him, Fomin, and Bryukhanov as scapegoats to cover up the fact that the failings at Chernobyl were entirely structural.

He believes the blame for Chernobyl can not be placed in one person, but instead should be placed on the scientific and political institutions of Russia.

Dyatlov was released from prison in 1990 due to health concerns, and soon after his release wrote an article for Nuclear Engineering International Magazine, in which he stated that "the design of the RBMK-1000 [reactor] was not a contributor, not a major factor, but the sole reason for the Chernobyl accident." Dyatlov's NEI Magazine article provides thorough and deeply scientific explanation of his perspective on the reactor, but for those interested in his perspective without having to learn a great deal about nuclear power, his interview with the Washington Post communicates his anger succinctly.

"The investigation was carried out by the very people who were responsible for the faulty design of the reactor," Dyatlov tells The Washington Post. "If they had admitted that the reactor had been the cause of the accident, then the West would have demanded the closing down of all other reactors of the same type." Dyatlov claims that he and other Chernobyl workers were treated as scapegoats as to keep the Nuclear Energy Industry alive and profitable.

"If I had known then what I know now about what kind of monster this reactor was, I would never have gone to work at Chernobyl," Dyatlov claims. "And not only me. Nobody would have worked there." The matter of how responsible Dyatlov is for the Chernobyl explosion differs depending on if you believe the official government series of events or Dyatlov's himself, but that doesn't change the destruction and carnage of the explosion. The events of Chernobyl can never be erased, but future nuclear explosions can be avoided by looking to the disaster for lessons.