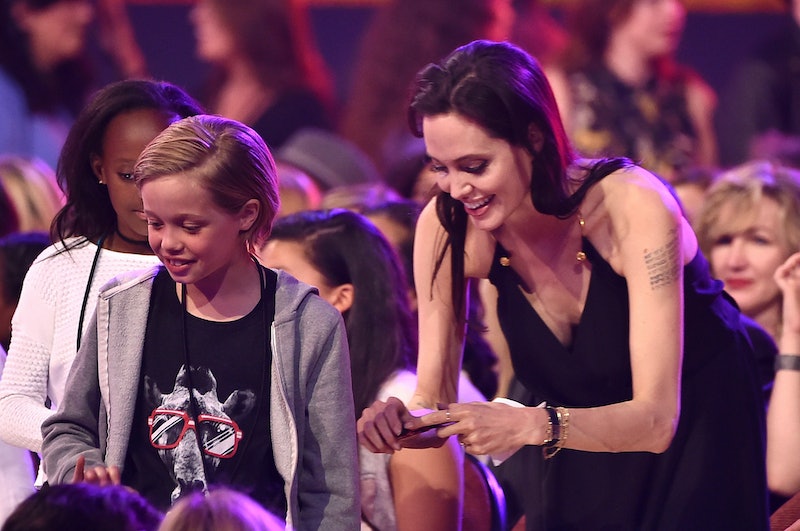 When your mother is a world-renowned humanitarian, you probably can't help but get bitten by the altruism bug. Academy Award-winning actor Angelina Jolie and her daughter Shiloh are saving wildlife together by opening the Shiloh Wildlife Sanctuary in Namibia according to People magazine. The safe haven, which was opened earlier in July, cares for abused elephants and rhinoceroses. Honestly, this has to be the most Angelina Jolie thing to date. The star isn't even the twilight of her career, and she's already teaching her children how to help save the world.

The Shiloh Wildlife Sanctuary is located at the N/a'an ku sê Foundation. According to the organization's website, its goal is "to conserve the land, cultures and wildlife of Namibia, Africa. We aim to achieve this through encouraging participation, education and innovative activity."

The loving mother of six chose Namibia for her latest philanthropic project because the African country is Shiloh's birthplace. The 11-year-old was born in Swakopmund, Namibia on May 27, 2006. An unnamed source told People Shiloh had no idea the sanctuary would be named in her honor. "Her face lit up when she saw the sanctuary for the first time," they claimed. "The name was a surprise to her and she was beaming. She and her brothers and sisters moved around very quietly as the newly rescued elephants were still settling in."

As Jolie met with dignitaries and philanthropists including the President and First Lady of Namibia, PEOPLE reports Shiloh and her siblings got a "hands-on experience" in wildlife care during their five-day trip. The Jolie-Pitt crew even ran into a young cheetah also named Shiloh, whom the matriarch met in 2015.

The N/a'an ku sê Foundation recently released a statement about partnering with the Jolie-Pitt Foundation to create the Shiloh Wildlife Sanctuary that read,

"For sharing our passion and believing in us. We are delighted to be the recipient of a generous grant and hope that Shiloh will grow up with a deep understanding of the country of her birth. Thank you so much for your generosity in helping our projects develop and provide so much more for the animals and people here."

In addition to establishing the sanctuary, the 42-year-old actor has been a United Nations Good Will Ambassador for more than a decade and is co-founder of the Jolie-Pitt Foundation along with estranged husband Brad Pitt. The organization aids humanitarian causes around the world, including Doctors Without Borders and the Global Action for Children.

Although it's far too soon to wonder what the Jolie-Pitt children will be when they grow up, it's quite evident that charity work, humanitarianism, and spreading good will across the globe are definitely in their future.

More like this
Olivia Rodrigo’s Song Dedication To 5 SCOTUS Justices Sent A Strong Message
By Grace Wehniainen
Eurovision 2023 *Might* Be Held In The UK
By Sam Ramsden and Rachel Mantock
Bachelor Nation's Blake Horstmann Is Dating 'Love Is Blind' Star Giannina Gibelli
By Jake Viswanath and Radhika Menon
Who Is 'Stranger Things 4' Fan-Favorite Joseph Quinn Dating IRL?
By Grace Wehniainen
Get Even More From Bustle — Sign Up For The Newsletter