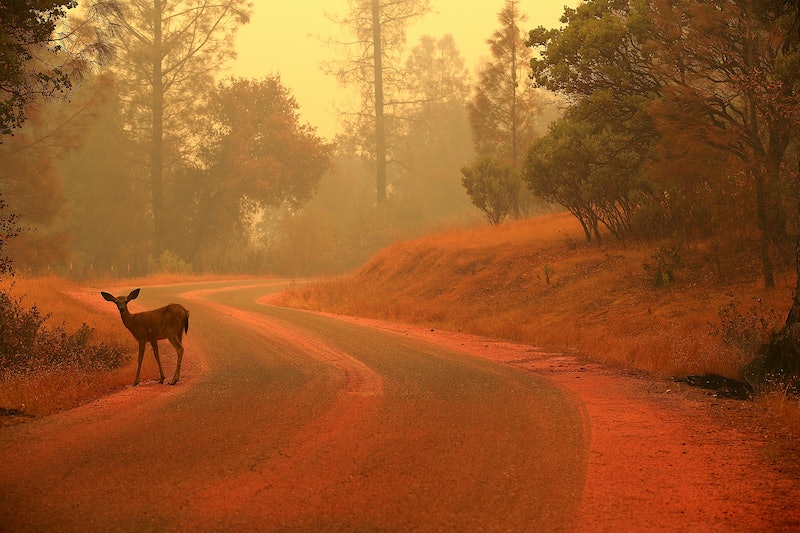 The widespread devastation from three wildfires across California has already claimed hundreds of thousands of acres of land, thousands of homes, and a record number of lives — and the flames are still not entirely contained, as of Wednesday. The impact of the wildfires can be hard to comprehend, especially if you don't live in the affected area. But it's not just people and homes that are dealing with the catastrophic effect of such massive natural disasters: it's animals, too. The good news is that there are plenty of animal shelters to donate to as the California wildfires continue, if you're feeling like helping out some furry friends.

Allison Cardona, the deputy director of Los Angeles County Animal Care & Control, told NBC News on Monday that there were an estimated 10,000 pets or more that have been displaced or lost as a result of the Woolsey and Hill Fires. She also confirmed that her organization is currently caring for 550 horses, as well as several hundred other animals such as cows that have been displaced by the fires.

Sometimes it can feel especially heartbreaking to imagine animals becoming lost, injured, or otherwise disabled in the face of such devastation. Here are some amazing organizations that can help you contribute to the welfare of the animals affected by the California wildfires: