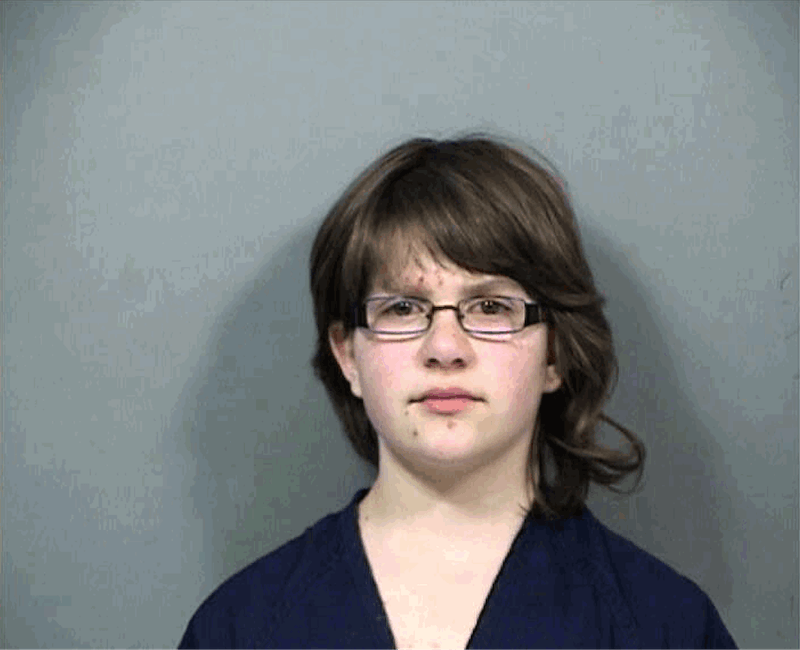 Come Jan. 26, Reelz will unveil Slender Man Stabbing: The Untold Story, a two-hour documentary re-examining the Slender Man stabbing case that captivated headlines in 2014. As reported by CBS, two young girls, Anissa Weier and Morgan Geyser, ultimately plead guilty in the case, which involved the stabbing of then-12-year-old Payton Leutner (she survived). Updates in Anissa Weier's life in 2019 are scarce since she was sentenced in 2017, but according to its description, the film promises to "go beyond the headlines" and "challenge what you know" about the case.

Per CBS, Weier and Geyser, who were also 12 at the time, lured Leutner into the woods of Waukesha, a Milwaukee suburb. Investigators told the outlet that Geyser then stabbed Leutner 19 times while Weier urged her on. According to authorities, the pair said they did so in order to please Slender Man, the internet horror character, and prove that he was real.

Leutner recovered, but as Rolling Stone reported, both Weier and Geyser were charged with attempted murder. According to the outlet, Weier was found not guilty by reason of mental disease or defect, and sentenced to 25 years of institutional care in a mental hospital. She was transported to the Winnebago Mental Health Institute, where she will remain until she is 37 years old, per Fox 6.

Fox 6 further reports that Weier's most recent public commentary on the trial came from her sentencing hearing, in which she expressed remorse for her actions:

Weier has since been living at the facility, but her family provided occasional updates about her life during her trial. According to Fox 6, in a video presentation shown to the court at her sentencing, Weier's father said she had, "taken on this role of pod mommy, as some people call her," within the secure detention facility where she was being held. "She knows how things function there," he continued. "She helps other kids with the day-to-day routine."

Beyond that, there aren't many updates about Weier's life, but perhaps more information will be revealed in Slender Man Stabbing: The Untold Story. "Should children be tried as adults? Can a mentally ill person premeditate a crime? Can a psychopath be rehabilitated?" the official description asks. "Can an attempted murderer also be a victim? Where is the line drawn between compassion and retribution?"

Those answers will be explored when Slender Man Stabbing: The Untold Story airs Jan. 26 at 8 p.m. ET on Reelz.

More like this
What Is 'Pretty Wild' Star Tess Taylor Up To Now?
By Morgan Leigh Davies
Where Is Armie Hammer’s Ex-Wife Elizabeth Chambers Now After 'House Of Hammer'?
By Grace Wehniainen and Radhika Menon
What Reporting On The UK’s Most Prolific Cyber Stalker Taught Me
By Sirin Kale
Gabby Petito’s Family Responded To The New Lifetime Movie About Her Final Days
By Grace Wehniainen
Get Even More From Bustle — Sign Up For The Newsletter