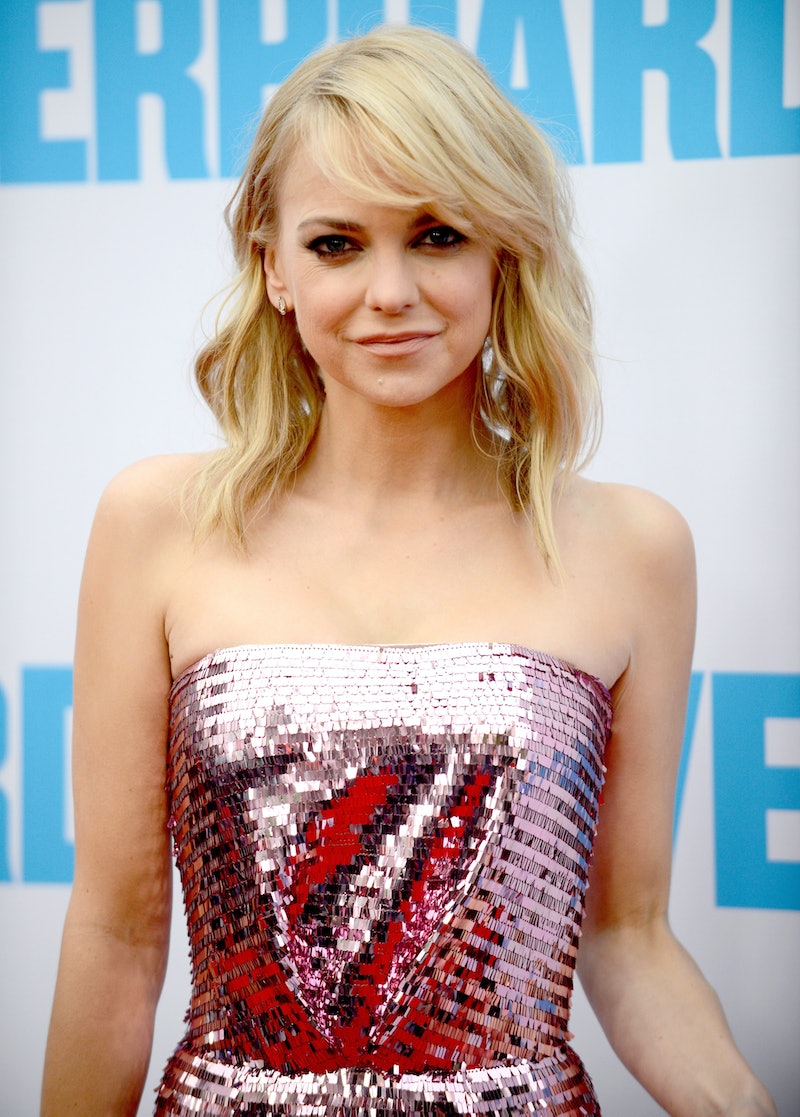 In what could have been an even scarier turn of events, Anna Faris was saved from carbon monoxide poisoning over Thanksgiving. The Mom star revealed the news on Twitter on Nov. 29. According to People, while spending the holiday with her family in a rented Lake Tahoe, California home, two out of the 13 people present went to the hospital after not feeling well. Apparently, some thought they were just suffering from altitude sickness, but it turned out to be much more than that.

Prior to the carbon monoxide scare, Faris was giving live Thanksgiving updates on Twitter, starting on Nov. 27 to track her Holiday prep. In one of her Wednesday tweets, the actor said she rented the house so that her whole family could celebrate comfortably — very comfortably. "1145 am. Rented house for family so we could have rooms," she wrote. "You know, to make love in. Which always happens during the holidays. Mom is concerned we don’t have enough garbage bags." She continued to tweet into Thanksgiving Day itself, writing that at 11:13 a.m. she was "in bathroom hiding."

Faris didn't tweet again until the day after Thanksgiving, when she thanked first responders and updated fans on her ordeal. Tweeting a photo of abandoned plates of food on the dining room table, Faris wrote, "I'm not quite sure how to express gratitude to the north Lake Tahoe fire department- we were saved from carbon monoxide- it’s a stupidly dramatic story but I’m feeling very fortunate."

North Tahoe Fire Protection District spokesperson Erin Holland said in a statement (via KTXL), "The hospital immediately identified that it was carbon monoxide poisoning and notified us." According to the spokesperson, Faris' rental home had high levels of carbon monoxide, that took days to air out. "They ran the furnace to do some testing and the levels in the basement were at 446 parts per million," Holland said. "And so that is certainly something that is going to cause fatality in a short period of time." According to reports, the home did not have a carbon monoxide alarm.

But, as her social media update shows, despite going to the hospital, Faris and her family walked away from Thanksgiving not only healthy and safe, but even more thankful.

More like this
The Meaning Of Steve Lacy’s “Bad Habit” Lyrics
By Radhika Menon
Olivia Rodrigo Manifested Finally Meeting Demi Lovato
By Jake Viswanath
Paris Hilton & Carter Reum’s Relationship Timeline Includes A 2023 Grammys Date Night
By Bustle Editors
The History Of Taylor Swift's "All Too Well" & What The Lyrics Actually Mean
By Jake Viswanath
Get Even More From Bustle — Sign Up For The Newsletter
From hair trends to relationship advice, our daily newsletter has everything you need to sound like a person who’s on TikTok, even if you aren’t.