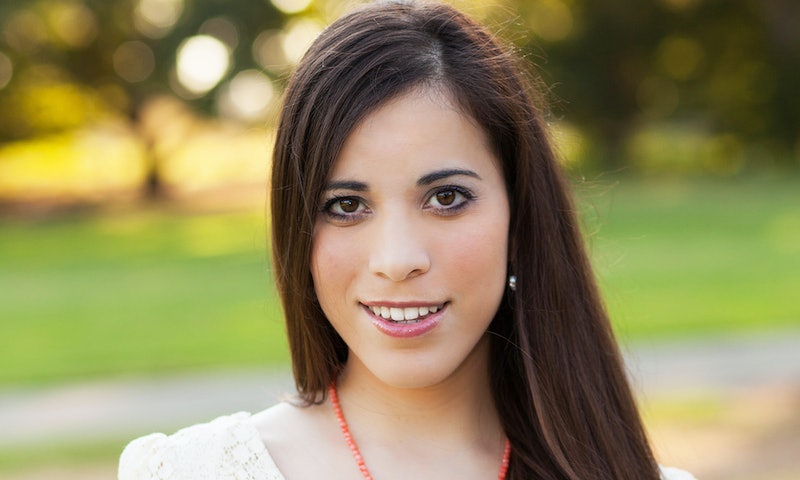 Anna-Marie McLemore is a Mexican-American author whose novels center around magical realism. Her work, including her forthcoming novel, Blanca & Roja, centers queer Latina characters in the land of fairy tales, where they're not usually depicted. That's why she's included in this special edition of Bustle's Must Follow, in which we highlight the incredible Latinx voices you need to follow on Instagram and Twitter.

“What books I’m loving, what books I’m looking forward to, what queer Latinx fairy tales I’m writing, and occasional threads about the communities I’m part of.”

“Honestly, when I realized that readers were picking up my books because they were about Latinx characters, not in spite of that. Feeling like I could be a voice for the Latinx community only happened when I stopped apologizing for being Latina and writing Latinx characters.”

“Alex Villasante (@magpiewrites on Twitter), is a fellow Latina author, whose debut The Grief Keeper comes out next spring, and which I absolutely cannot wait to read.”