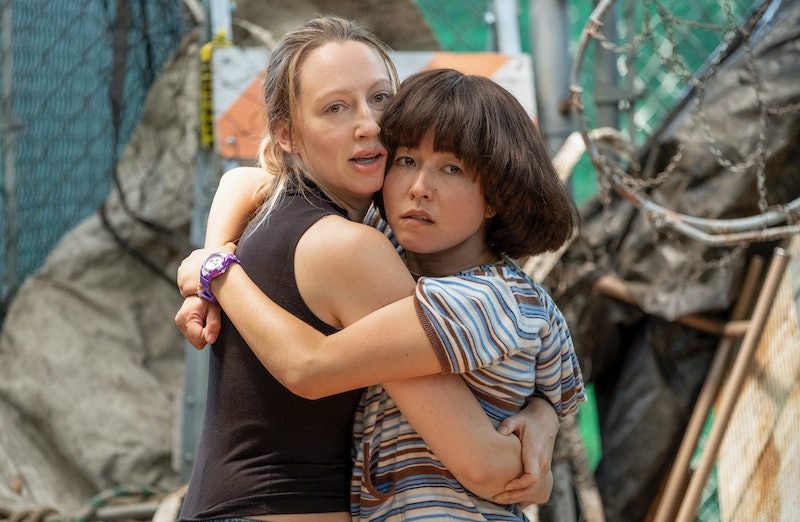 Ever since Sex and the City, there's been a wide genre of TV devoted to examining and celebrating fabulous female friendships. Shows like Girls and Broad City follow young women in their 20s coping with the challenges of life in New York City. In Grace and Frankie, the concept is similar, though the setting shifts to Southern California and the age bracket to 80. And in Pen15, Anna and Maya capture the magic of middle school best-friendships. More than just acne and braces, these girls are coping with cruelly shifting social dynamics and all the hormones that fuel them.Their friendship, which borders on mutual obsession, can sometimes be cringe-worthy, but it's also super sweet and totally pure in a way that just doesn't last after middle school — whether because you grow apart, or because the realities of adulthood get in the way of spending every waking moment together.

Anna and Maya (played by Anna Konkle and Maya Erskine) are BFFs in the year 2000 just entering the seventh grade. The actresses are in actuality both 31, but their performances are astoundingly convincing, and the rest of the cast are middle-school-age kids. The series takes the two friends on an emotional roller coaster of painful adolescent realism that will be all-too familiar to anyone who lived through braces, bullying, and the first election of George W. Bush.

In the pilot episode, Maya and Anna insist on taking their first steps into middle school not just together, but at exactly the same time, their feet hitting the school lawn in unison while Lit's "My Own Worst Enemy" blares around them. The song is aptly chosen, as watching them with all the maturity of being in my mid-twenties made me think, Oh God, girls, just walk already. You're embarrassing yourselves.

But that's the thing about Anna and Maya. They're still so much closer to kids than they are to being adults. And while watching them tends to spark a lot of schadenfreude, it also brings back memories of a time when the wide-eyed innocence of childhood hadn't totally been leeched away by the harsh reality of getting older.

At the end of the episode, after scratching her name off the "Ugliest Girls In School" list, Maya cries to Anna and says she doesn't want to do seventh grade — and honestly, who can blame her!? But Anna is there to take Maya by the hand, tell her she's her "rainbow gel pen in a sea of blue and black writing utensils" (who among us did not come up with such corny and over-the-top terms of endearment for our girlfriends back in the day?), and reassure her that she'll be right by her side every step of the way — in their case, pretty literally.

The pair then once again step side by side in a moment that is just as cheesy as it was the first time, but somehow necessarily so. Middle school is cruel, and it's Anna and Maya's childlike enthusiasm for each other that's going to get them through it. Watching them awkwardly blunder through brutal heartbreaks might make you feel relieved that you'll never have to be 13 again, but it will also make you nostalgic for time when you had the freedom to love someone that wholly.