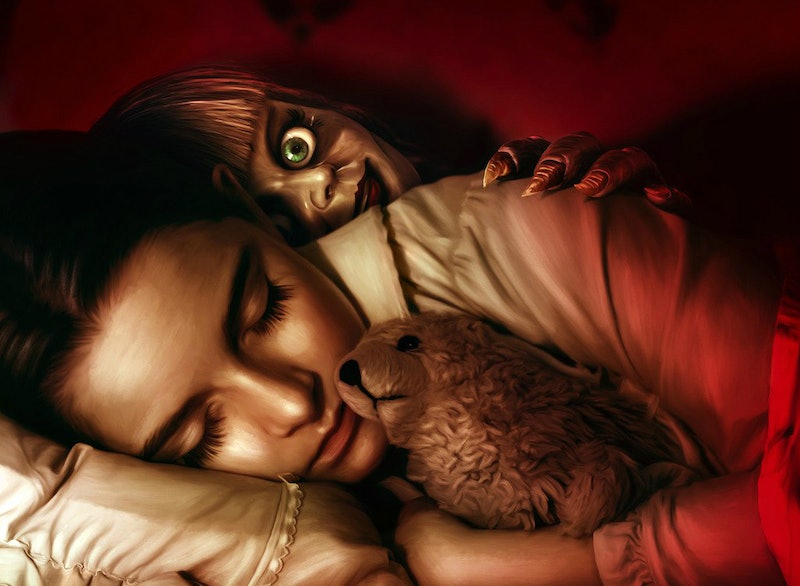 The Conjuring Universe has got to be one of the most terrifying film franchises ever. The series finds ways to scare you whether you're frightened of haunted houses, demonic nuns, or in the case of the latest installment, creepy dolls. But just how scary is Annabelle Comes Home? Is the third Annabelle movie any more horrifying than its two predecessors, or is this more par for the course for the spooky (and supposedly haunted in real life) doll?

Annabelle has become a bit of a movie star since making her film debut in 2013's The Conjuring. After appearing in that film's terrifying prologue, the haunted doll went on to star in the 2014 spinoff Annabelle, followed by that film's 2017 prequel, Annabelle: Creation. Both of those movies followed more or less the same formula: Annabelle is a doll haunted by an evil demonic spirit, and that spirit torments whoever comes into contact with the doll. Annabelle Comes Home, on the other hand, is changing up the formula a bit in an attempt to squeeze even more scares out of the series. The new film, which takes place after Annabelle and the prologue of The Conjuring, but before the main events of The Conjuring, doesn't limit its scares to just Annabelle. She's bringing some friends along this time.

In the film, franchise protagonists Ed and Lorraine bring Annabelle home for the first time, locking it in their spiritually-secured artifacts room along with all of their other occult items. They then take off for the bulk of the film, leaving their young daughter Judy in the care of teenage babysitter Mary Ellen, who is joined by her friend, Daniela. Eventually, the artifacts room is breached, freeing Annabelle to run roughshod through the house. But Annabelle isn't content to work alone, so she enlists the help of the other spirits in the artifacts room, setting up a dream team of horrifying ghouls. There's a spooky-looking "ferryman," a haunted suit of samurai armor, an evil wedding gown, and even a freakin' werewolf.

With Annabelle acting as the conductor of this symphony of spooks, the Warren's home basically becomes a haunted house on steroids as nearly every evil spirit they've ever encountered is unleashed at once to terrify Judy, Mary Ellen, and Daniela. So even if you don't find Annabelle herself particularly frightening, odds are you'll be scared of at least one of her pals.

Adding to the film's scare factor is its director, Gary Dauberman. The movie is Dauberman's directorial debut, and the longtime screenwriter seems to have applied everything he's learned about the horror genre to this effort. After all, this is the guy who wrote The Conjuring 2 spinoff The Nun, It, and both previous Annabelle movies, so it's safe to say he knows a thing or two about building tension and making audiences feel uneasy.

If the other Annabelle movies scared you, then you'll almost definitely be scared of Annabelle Comes Home. But even if spooky dolls don't do it for you, you still may find yourself sleeping with the lights on after Annabelle Comes Home due to the sheer number of other chills and thrills the movie throws at you throughout its 106 minute runtime.