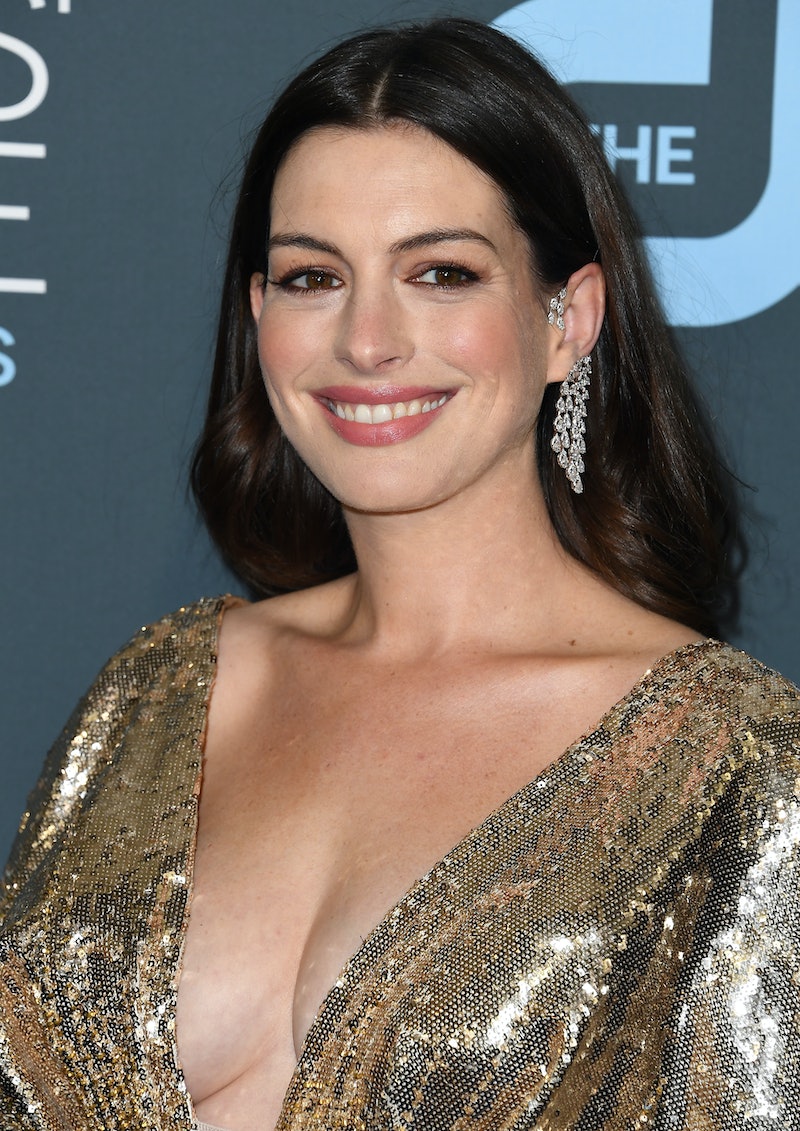 Even the royal family gets a little dirty every now and then — at least Princess Mia Thermopolis and the Queen of Genovia did in The Princess Diaries. Anne Hathaway shared her favorite Princess Diaries memories during a special commemorating the film's late director Garry Marshall, which aired on Tuesday, May 12. And one of them was a little more scandalous than you'd think.

Of course, her most fond memory involves her onscreen grandmother, the legendary Julie Andrews, which is what makes its slight R-rating even more hilarious. "Oh, my favorite memory of working with Julie Andrews, and I think the best memory, is whenever she would curse," Hathaway said, laughing. "It was delightful! I would feel terrible, but I would kind of pray for her to flub lines." Andrews, who also appeared on the special, tried to deny it, but blooper clips confirmed Hathaway's story. "It depends what cursing you mean," Andrews insisted. "When did I do that? I'm sorry, but I'm out to lunch about swearing, I guess."

Hathaway also remembered having a lot of fun when Mia and her friends slid down a slide on a mattress in the sequel, The Princess Diaries 2: The Royal Engagement. It's an iconic scene, which just so happened to be inspired by her own sleepover experiences of sliding down the stairs on pillows. "It was the heightened, most magical version of this thing that I'd done growing up, and I couldn't believe it," she said.

Elsewhere in the special, Hathaway remembered how the director let her shine in unexpected ways, recalling how a blooper of her falling on the bleachers actually made it into the movie. "One of the things that I love about Garry is that he was never afraid of the spontaneous moment," she said. "If it was good, it was in the movie. He didn't care where it came from, he didn't care what happened."

Andrews, meanwhile, recalled the first time she met Marshall, when he asked her imaginative questions like where she thought Genovia would be (South of France) and what would be their biggest exports, to which she answered pears and lace. "Well, he had pears all over the set and lace all over the place as well," she recalled, laughing. "I thought, 'I think I'm going to enjoy this very much,' and of course I did."

Marshall passed away in 2016, amidst talks about a third Princess Diaries film. And both Andrews and Hathaway seem more than ready to create more happy, royal memories.