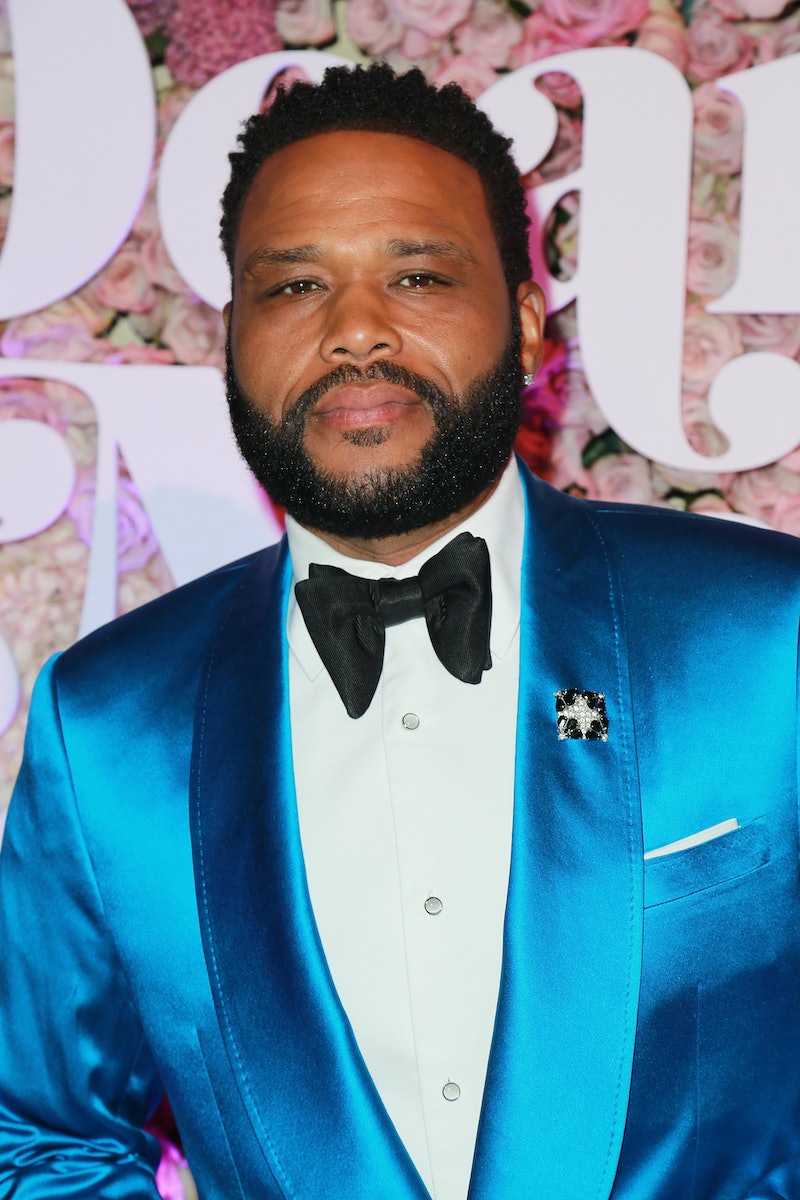 On Friday, July 20, The Blast reported that black-ish star Anthony Anderson is under investigation for allegedly assaulting a woman who catered an event for him. A spokesperson for the Los Angeles Police Department confirmed to People that the actor is the subject of an ongoing investigation and reportedly declined to offer details on the nature of the investigation. An LAPD spokesperson provided similar confirmation to Bustle over the phone regarding the pending open investigation.

A spokesperson for Anderson issued the following statement to Bustle:

"It's unfortunate that anyone can file a police report whether it is true or false. The authorities have not contacted Anthony or any of his representatives about this matter. Anthony unequivocally disputes the claim."

In addition to The Blast, media outlets including Variety, Deadline, and E! Online have reported and confirmed that an investigation into the alleged misconduct is underway. The identity of the woman involved is unknown. The Blast reported that the woman alleged an assault occurred during a second meeting between her and Anderson that occurred over a year ago, and after she initially catered his event. The LAPD did not confirm these circumstances.

This is not the first time that Anderson has been accused of misconduct. In 2004, he and assistant director Wayne Witherspoon were accused of raping an extra on the set of the film Hustle & Flow, as reported by Variety. The charges were later dropped when a judge ruled there was no probable cause for a case. At the time, Anderson's rep released the following statement to CNN regarding the allegations:

"Anthony is a happily married family man who has never been accused of -- no less involved in -- anything remotely like this, and we are confident that when all the facts come out, he will be completely exonerated."

Anderson is the star of the ABC family sitcom black-ish, and he recently received his fourth consecutive Emmy nomination for playing the role of Andre Johnson. After recieving his fourth nomination, the actor wrote on Instagram:

"I am truly humbled and appreciative of this Emmy nomination. I am thankful and grateful to @ABC for giving us a platform to share our stories. I say OUR because I would not be in this moment right now without without my cast mates who push me as an actor, my amazing writers who trust me to breathe life into their words without question, and my friend and partner Kenya Barris who shared the same vision as I in wanting to change the landscape of television and share our stories thus creating @blackishabc."

The series is known for tackling social issues head-on, and it garnered a total of five nominations for the 2018 Emmys. Bustle has reached out to ABC for comment on the allegations against Anderson and the investigation, but has not yet heard back from the network.

The Blast report alleged that a source close to the situation claims that the woman came forward with the assault allegations in part because of the #MeToo movement. It is a movement has sparked a worldwide conversation about sexual assault and harassment that is leading to changes within the Hollywood system, as well as other industries.