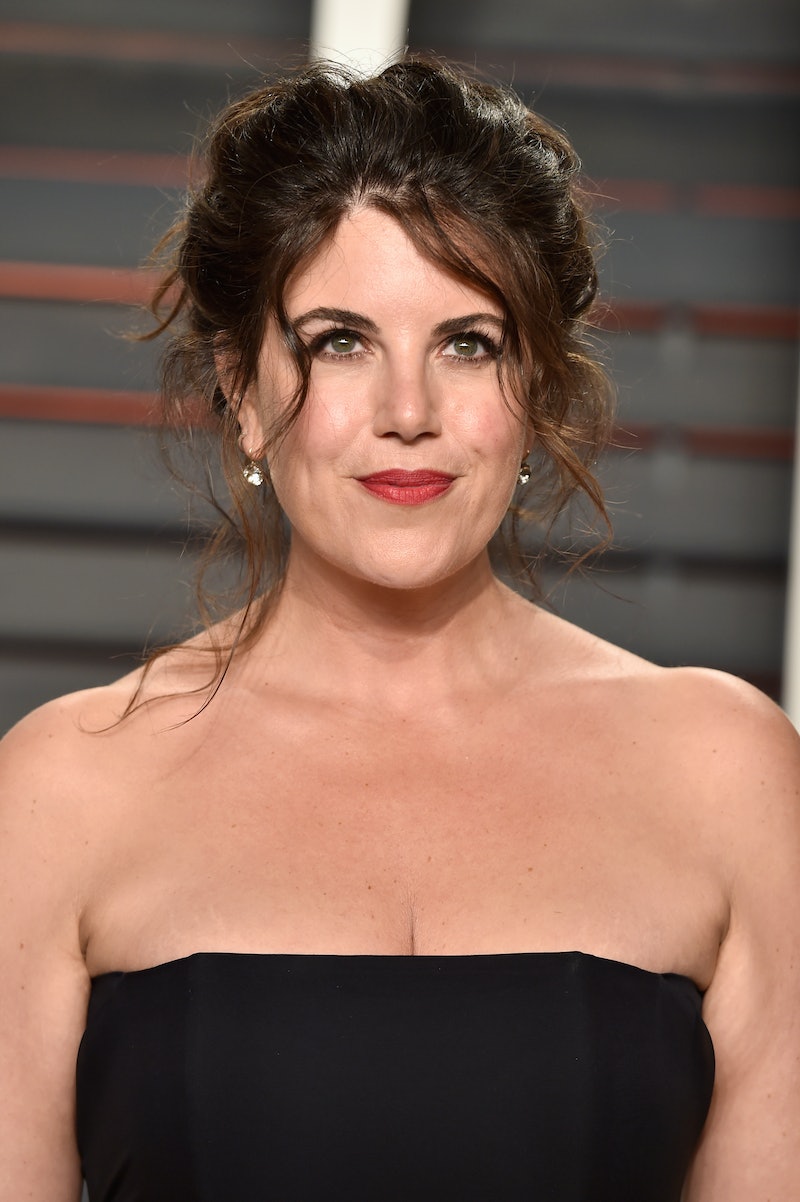 Anthony Scaramucci's brief tenure as White House communications director may have ended, but that doesn't mean he's stopped providing comedic fodder. In a tweet posted on Wednesday evening, Scaramucci effectively compared himself to Monica Lewinsky — and then Twitter, including Lewinsky herself, reacted accordingly.

"@RyanLizza is the Linda Tripp of 2017. People know. And he is up at night not being able to live with himself," Scaramucci wrote on Wednesday night, slamming the New Yorker reporter who published Scaramucci's profanity-laced diatribe during their phone conversation.

According to Lizza, Scaramucci hadn't said that the conversation should be off record, so Lizza recorded it and then published a story about it. Scaramucci, however, was not pleased. In his Wednesday evening tweet, he expressed his belief that Lizza must be regretting it, as well.

As it happens, Tripp is a former public servant who secretly recorded conversations with then-White House intern Lewinsky, in which Lewinsky talked about the nature of her relationship with former President Bill Clinton. While Tripp's tapes eventually led to Clinton's impeachment, she was also eventually indictment on charges of illegal wiretapping.

To be clear, Lewinsky was a 22-year-old White House intern embroiled in a high-profile scandal that made her the target of a nationwide bullying campaign spurred by both the media and the internet. The Mooch, on the other hand, called a reporter on his own volition to rage about his (now-former) colleagues.

Lizza's own comments on the matter would seem to refute Scaramucci's analysis of his current state. Lizza maintains that the comments were on the record, and that his job as a reporter meant that he had to report such newsworthy comments. Scaramucci, on the other hand, has now claimed in another tweet that he had not agreed to be recorded, calling Lizza a "lowlife."

Scaramucci's claim that Lizza illegally recorded him, just as Tripp illegally wiretapped Lewinsky is untrue. Washington, D.C. has a "one-party consent" law regarding recorded phone conversations. If you are one of the people having the conversation and you consent to having it recorded, then the recording is legal.

In this case, Lizza himself recorded the call, and he was also a part of the call — so the recording was legal. The New Yorker has since released the audio of the conversation, and it would seem to back up Lizza's claim that Scaramucci did not declare that his comments were off the record.

Scaramucci may not be gracing your television screen every night from the White House, but he's sure managing to keep himself in the news. Even if it's by making comparisons in bad taste.

More like this
Police Shove 'Full House' Star Jodie Sweetin At An Abortion Rights Protest
By Radhika Menon
YouTuber Runs Into Margaret Sanger’s Grandson While Filming
By Alexis Morillo
5 Ways To Stand In Solidarity With Women In America From The UK
By Sophie McEvoy
How To Fight For Reproductive Rights, Based On How Much Time You Have
By Courtney Young
Get Even More From Bustle — Sign Up For The Newsletter