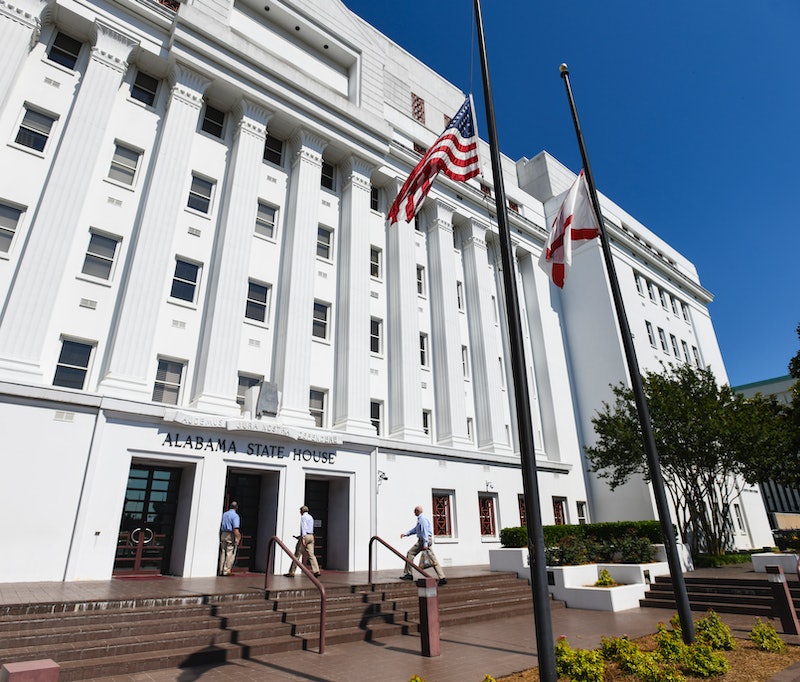 In the decades since Roe v. Wade, Republican lawmakers who oppose abortion have generally favored abortion bans with three exceptions: rape, incest, and when a pregnant person's life is at risk. But in light of Alabama's new abortion law — which became the most restrictive in the nation when it was approved earlier this month — Republicans have grown increasingly divided over certain aspects of abortion bans. According to NPR, anti-abortion groups say rape and incest exceptions should not be so popular, and they are urging GOP lawmakers to pass more laws without these exceptions.

A coalition of anti-abortion groups, led by Students for Life of America, released a letter Wednesday to NPR, in which they urged Republican lawmakers to "reconsider decades-old talking points" about rape and incest exceptions to abortion bans.

"We understand that issues like rape and incest are difficult topics to tackle; nevertheless, it is our view that the value of human life is not determined by the circumstances of one's conception or birth," a draft of the leader read, according to NPR.

But the coalition's view might not be a popular one; even President Donald Trump and other prominent Republicans have distanced themselves from Alabama's law, The Washington Post reported, because it does not contain exceptions for rape or incest.

In fact, Trump tweeted on Saturday that he shares the "same position taken by Ronald Reagan" on this issue. GOP lawmakers are not the only ones who are reluctant to support abortion bans without any exceptions, either. A 2018 poll of Alabama residents, conducted by Anzalone Liszt Grove Research on behalf of Planned Parenthood, found that only 31 percent of respondents would support an abortion ban without any exceptions for rape or incest, Vox reported.

The unpopularity of such extreme abortion bans did not stop the anti-abortion coalition from issuing their letter, however. The letter, which was addressed to Republican National Committee Chairwoman Ronna Romney McDaniel, praised Alabama for the passage of its anti-abortion law, and insisted that abortion bans should not make any exceptions.

"A child conceived in rape is still a child," the letter read, per NPR. "We don't blame children for other matters outside their control. Why should we do so here?"

Although Trump, McDaniel, and other Republican officials have opposed absolute abortion bans, the official GOP platform does not actually contain any exceptions for rape, incest, or when a pregnant person's life is in danger. House Minority Leader Kevin McCarthy claimed earlier this week that the Republican Party had adopted these exceptions as part of its platform, but Newsweek pointed out that the party's 2016 platform contradicts that claim.

The party platform does state that Republicans have a "moral obligation to assist, rather than penalize, women who face an unplanned pregnancy," per Newsweek, but it does not call for any particular exceptions.

In response to the anti-abortion groups' letter to McDaniel, NARAL Pro-Choice America President Ilyse Hogue slammed Trump for setting up "the conditions for the hard-right turn on reproductive rights," NPR reported, and expressed her concern that "the radical fringe" of the anti-abortion movement is winning out in states like Alabama and Georgia.