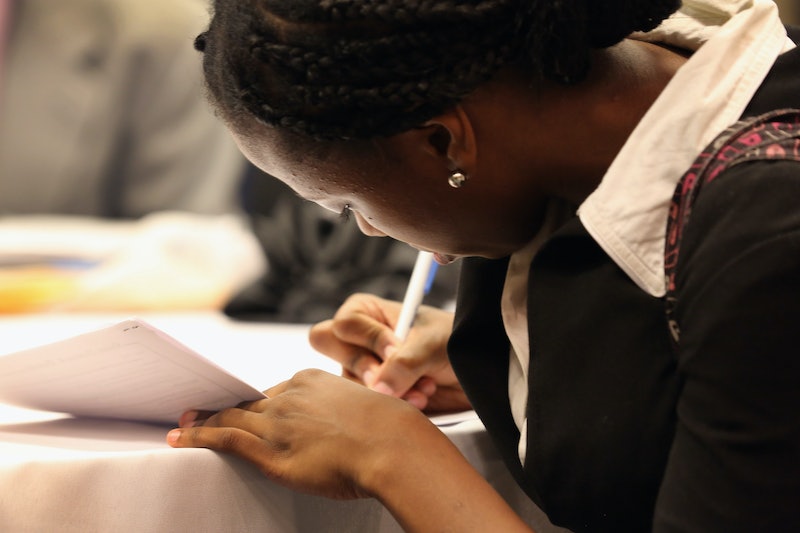 Trying to find the right job is already an anxiety-inducing process, especially when underemployment and unemployment are still a major problem for high school and college graduates hunting. Filling out applications and not hearing back is a demoralizing process, but there's something that can make getting hired even harder: Being black. Researchers from Northwestern University, Harvard, and the Institute for Social Research in Norway studied hiring discrimination research spanning more than 26 years from 1989 until 2015. They found that black job applicants experience hiring bias at the same rate as as they did in the 1980s. In comparison, discrimination against Latinx job applicants has declined modestly.

After analyzing past studies that altogether reviewed more than 56,000 job applications, researchers found white job applicants receive 36 percent more call-backs than black candidates with the same qualifications. Even though writers love penning hot takes about why America isn't racist, this report begs to differ. Even with laws banning employers from discriminating against potential employees, it still happens at a troubling rate. Per the abstract summary: "Contrary to claims of declining discrimination in American society, our estimates suggest that levels of discrimination remain largely unchanged, at least at the point of hire."