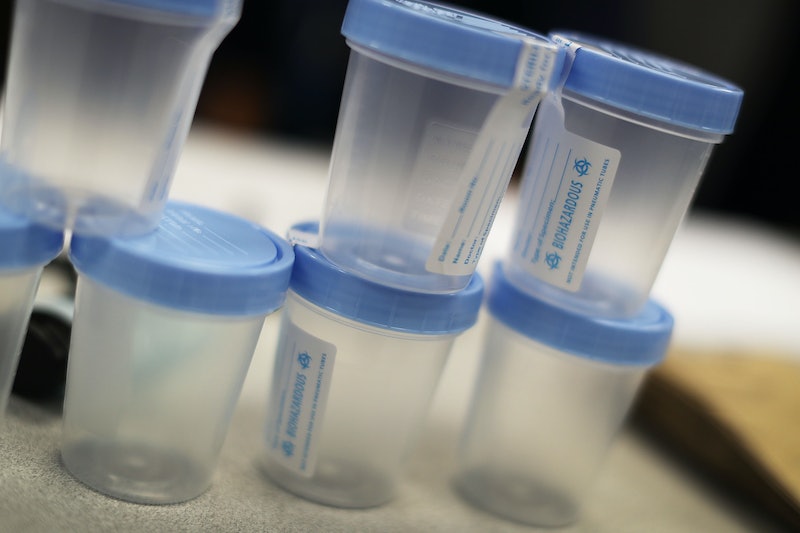 Superbugs that cause urinary tract infections are starting to spread outside of emergency rooms and hospitals, and new research suggests that the UTI-inducing bacteria are resistant to antibiotic treatments. Researchers are concerned that not only are these drug-resistant superbugs spreading, doctors might not be able to tell when someone is infected. The new study, published in Annals of Emergency Medicine, claims that UTI-causing superbug bacteria showed resistance to standard antibiotic treatments, and moreover, infected patients had no identifiable risk factors for infection that doctors could detect.

According to Gizmodo, researchers analyzed the data of patients admitted to the emergency room of a major hospital in Northern California, and found that from August 2016 to July 2017, over 1,000 patients tested positive for a urinary tract infection. Per a recent press release, nearly six percent of the UTIs analyzed by the California research team were caused by drug-resistant superbugs. The Centers for Disease Control (CDC) report that nearly 23,000 people die in the U.S. each year from drug-resistant infections. And while the number of patients in the current study might seem like a pretty small group, researchers warn that it might point to an increasing trend of antibiotic resistance in the U.S, Gizmodo further reports.

The Mayo Clinic reports that the term "superbug" refers to strains of drug-resistant bacteria that no longer respond to standard antibiotic treatments, but also stresses that drug resistance is a naturally occurring process. Over time, bacteria adapt to those drugs designed to wipe them out in order to survive, and while this process can be slowed down, it can’t be entirely stopped.

Gizmodo also notes that superbug infections are common in hospitals and emergency rooms, with most drug-resistant bacteria strains originating in health care centers. But authors of the current study state that 44 percent of the superbug cases analyzed were caught outside of a medical setting. As up to 44 percent of the superbug-linked UTIs were caught outside of a hospital, researchers suggest that this may mean that drug-resistant infections are on the rise, according to Gizmodo.

Further, lead study author Dr. Bradley Frazee, a critical care specialist at Highland Hospital in Oakland, California, was quoted in the press release as saying that “The rise of drug-resistant infections is worrisome. What’s new is that in many of these resistant urinary tract infections, it may simply be impossible to identify which patients are at risk.” Dr. Frazee further states that in order to counter the superbug upsurge, the development of new, more effective drugs is crucial.

Per the press release, the study’s authors recommend wider use of urine culture tests for resistant bacteria and UTIs in medical centers, while also implementing more effective ways to follow up with patients who become infected. Researchers state that increasing physicians’ awareness as to which drugs to avoid with certain infections could help slow down the spread of superbugs.

The Mayo Clinic further notes that certain practices, like overusing or misusing antibiotics, can increase the speed at which drug-resistant superbugs spread, so it’s important that medical centers have good prevention practices in place. And overall hygiene, frequent hand washing, and preventive health habits like exercising and getting enough sleep can also help keep you healthy while preventing infections.