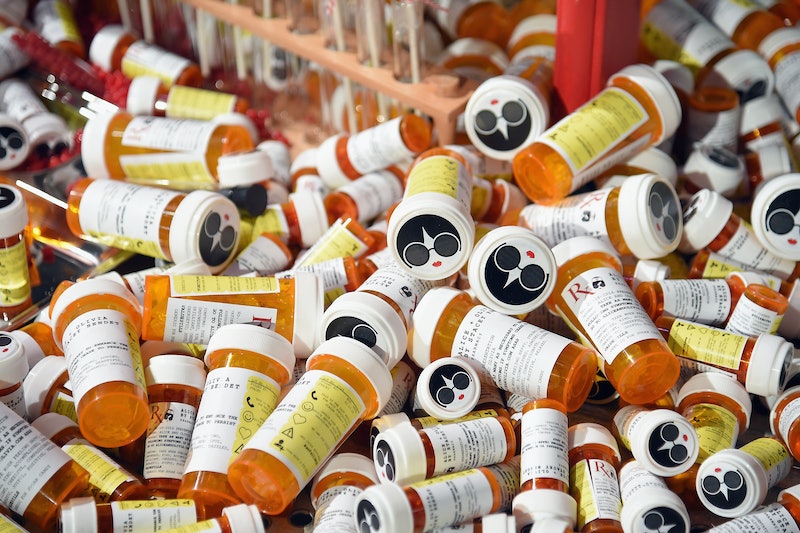 If you've ever been on an antidepressant, you'll likely have gone through the roller coaster of testing different types, dosages, and regimes before hitting on one that (hopefully) works. Making sure the same antidepressants work for different people is a common issue, and the phenomenon of "treatment-resistant depression," or depression that doesn't respond to drug treatment, is just one part of the puzzle: people seem to react differently to the same antidepressants, and getting a regime right involves trial and error. Now, however, we might have a glimpse of what can predict antidepressant effectiveness — and that might help future antidepressant prescriptions cut out a lot of the experimenting and go for something that works first time.

A new study published in PLOS Biology by an international team of researchers has identified a cluster of genes, in both mice and humans, that seem to be able to indicate how effective an antidepressant will be. They gave antidepressants to a strain of mice and then looked at their blood biomarkers, to see how they corresponded to "good" or "bad" drug responses. They then profiled the DNA of the mice to see what markers corresponded to their blood biomarkers and their drug response. A cluster of 259 genes appeared: They appeared to predict whether a mouse would respond positively to an antidepressant and change its behavior, or not do anything at all.

This is all well and good for mice, but the real step forward came when the scientists used a collection of 86 patients with depression at the Emory School Of Medicine to see if the same gene markers could be predictors, too. The patients were divided into a group that went through cognitive behavioral therapy and an antidepressant group, and tested for treatment responsiveness over a 12 week period, while their genes were studied to find the same "cluster" as the mice. Stunningly, using the mouse genetic model meant they were able to predict how humans would respond to antidepressants with 76 percent accuracy.

This is a big deal. While on-the-spot treatments for determining antidepressant sensitivity have popped up before — a blood test that measures levels of inflammation, for instance, was suggested in 2016 — this is one of the most comprehensive tests that's ever been suggested. And the fact that it successfully translated from mice to humans shouldn't be taken for granted; we're very different animals. As DNA-sequencing tech gets cheaper and simpler, it'll become easier for doctors to do on-the-spot accurate tests. A lab has produced a hand-held portable DNA sequencer that could be easily adapted to your local GP's needs in the future.

That's not all the new study found, either. They also highlighted that one factor in particular seemed to determine how well people responded to specific antidepressants: the glucocorticoid receptor. These are found in huge numbers in almost every cell in the body, and are heavily involved in the body's stress response and metabolism. The scientists found that the genes that regulated the activities of a patient's glucocorticoid receptors seemed to be very important for determining their antidepressant response. This makes sense; we know that the GR, as it's called, has some sort of role in depression itself. And now it might help narrow down the right antidepressants for a first-time patient.

If this is all eye-crossing to you, it's simpler than it sounds. Along with the gene cluster that seems to lay out a map of antidepressant response, there's one particular gene that researchers — and, one day, your doctor — could zero in on when it comes to prescribing you the right antidepressant. People take antidepressants for more than just depression; they also feature in treatments for anxiety and post-traumatic stress disorder. 13 percent of Americans take antidepressants in some form, and many of them doubtless had to test a few options (and endure unpleasant or severe side effects). Studies like this give hope that one day, a miserable and drawn-out part of mental health treatment might be able to be eliminated.

More like this
How To Protect Your Digital Privacy If You Need An Abortion Post Roe v. Wade
By Kaitlyn Wylde
6 Abortion Advocates To Follow On TikTok
By Sara Youngblood Gregory
I'm Going Off My Bipolar Meds to Try to Get Pregnant
By Anonymous, as told to Anna Goldfarb
The Latest Instagram Trend? Crying On Main.
By Ashley Sumner
Get Even More From Bustle — Sign Up For The Newsletter