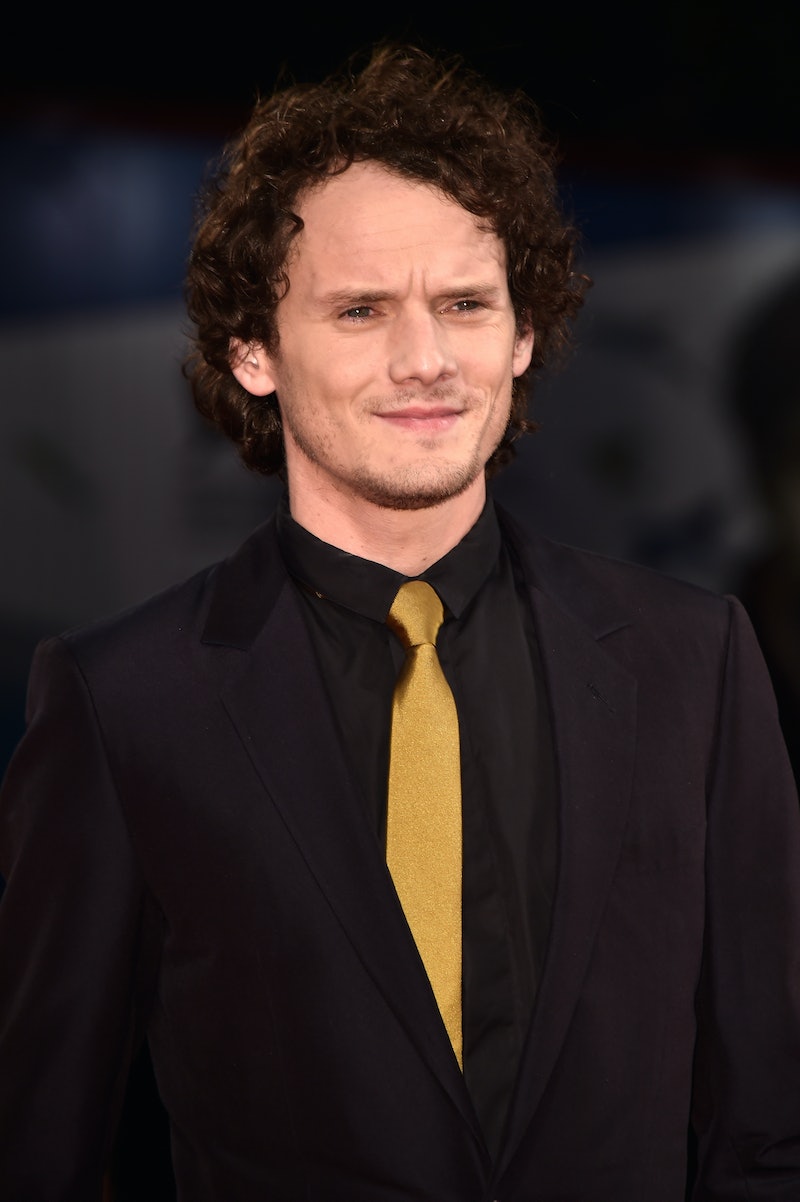 More than just an actor, the late Anton Yelchin was a photographer, but not many people may have known that. Until now, that is. Anton Yelchin: Provocative Beauty is a photo exhibit at the De Buck Gallery in New York City that showcases 54 images taken over the course of six years. The exhibit, which comes a year after Yelchin's tragic death, shows another side of the Star Trek actor that even those who knew him didn't get a chance to see during his short life. In an exclusive look at photos from the late actor's first solo show, which runs until Jan. 20, fans get to see that Yelchin didn't just shine in front of the camera, but behind it, too.

Making the exhibit all the more special, proceeds will be donated to the Anton Yelchin Foundation, according to a press release, which will be used for programs "empowering artists who face career challenges due to debilitating disease or disability."

Photography was a hobby for Yelchin that, as Vanity Fair reported, only a few of his friends knew about. This was despite the fact that Yelchin's work had been published in "niche arts and culture magazines." The 27-year-old's plan was to one day pursue it as a second career, but his life was cut short before he got the opportunity to do so. But in the short time he had taken up photography — shooting with both a Leica camera and disposable cameras, always using film — he showed he wasn't afraid to turn the camera on himself.

Here's a preview of just some of the images you'll find in the exhibit.

Untitled #38 is a self-portrait taken with a disposable camera inside a room of mirrors, which gives the illusion that there is more than one Yelchin in the small space. In fact, it's as if there's a never-ending lineup of the actor. There's something symbolic about seeing so many sides of Yelchin, both literally and figuratively. Seeing these photos now, it's clear he was more accurately an artist that was masquerading as just an actor.

Seeing his work, it's clear he had fun behind the camera capturing something more about his subjects than what meets the eye. It appears Yelchin wanted to draw viewers in, and he did so by playing with light and shadow. With Untitled #39, a portrait of a young woman where only one of her eyes is visible, she stares right back at whoever's looking at the photo. She's also staring right back at Yelchin as he took the photo.

But with the way the light hits her, the right side of her face is completely masked by a white orb forcing you to wonder what's behind it. You want to try and guess the expression that she's making.

The same woman shows up in Untitled #40, and you can see more of her face. It's almost like a shot from a horror movie, the red tones make it more ominous than the previous photo. The light slices through her face, as a scared expression seems to wash over her.

But nothing is explained, leaving you to wonder what that expression really means. And knowing that the artist isn't around to explain it makes these photos both beautiful and mysterious.

In Untitled #41, Yelchin once again plays with light, but the red tones seem less terrifying and more romantic. In a posed shot, Yelchin and Sophie Simpson share a kiss under a tree. The flash covers them in shades of red and lights up the dark sky. Here, it's love that lightens up this dark image taken in a desolate landscape, finding love in what looks like a hopeless place.

For Untitled #42 Yelchin goes introspective with a mirror self-portrait in which another figure seems to creep in behind him. It's unclear who this person is — a friend? A foe? Yelchin in disguise? After all, the two seem to be wearing the same shirt.

But the look on Yelchin's face makes you wonder who this person is who showed up to photobomb this artistic selfie. He draws your eyes further into the photo, but all you're left with are more questions than answers.

Untitled #43 is another self-portrait where more than one Yelchin appears. This time, he's at a table sharing a contemplative moment with three versions of himself. But heavy trickery is used to develop this photo in which none of his multiples seem interested in engaging with one another. Not one is facing another. In fact, one of him has his back to the camera.

It's also another photo in which Yelchin is taking a look at the different sides of himself in a very literal sense. But one of his most striking images is one in which the artist tackles himself head on.

Untitled #44 is a more traditional self portrait that is just like the selfies so many of us have taken. Again, he's looking at himself in the mirror, holding his Leica camera up to take the shot. But, by using the mirror in this photo and others, there's a sense that he was looking further into himself. He stares straight ahead while taking the photo to make sure he gets the right shot. As if the camera could never fully catch who he is, but it's a worth a shot.

And he's right, it couldn't. For an actor that spent most of his life in front of the camera — Yelchin's first role was the 2000 film A Man Is Mostly Water when he was just 11 years old — there is still so much fans and friends didn't know about him. This exhibition proves that, while also showing that Yelchin may be gone, but he won't be forgotten — and neither will his photos.

Editor's Note: This story has been updated from the previous version.