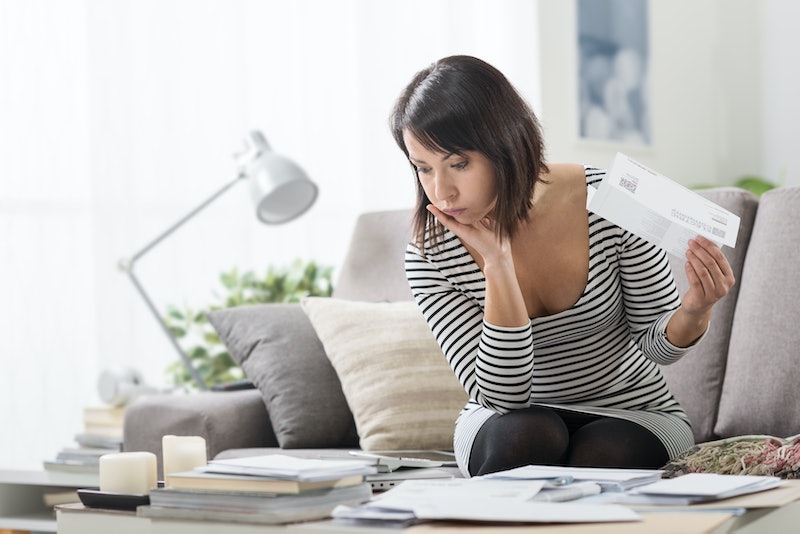 If you have trouble remembering your daily to-do list or where you put your keys, science may have a solution. Anxiety isn't exactly something that most of us want to deal with, but a new study says that manageable levels of anxiety can help your memory. The study, conducted by researchers from the University of Waterloo and published in journal Brain Sciences, concluded that people with moderate levels of anxiety are better at recalling events and details. The researchers surveyed a group of 80 college students, most of whom were female. Participants completed the Depression Anxiety Stress Scales, a test that measures levels of anxiety and depression. According to a scoring guide, 0-7 is a normal score for anxiety, while 15-19 is severe. The study says that its high anxiety participants had average scores between 14.6 and 15.9.

While people with manageable levels of anxiety had better memory recall, that wasn't the case for people who described themselves as highly anxious. Those of us with a lot of anxiety — whether it's an anxiety disorder or just an unbearable amount of stress — may be worse off when it comes to memory, according to study author Myra Fernandes, a professor in the Department of Psychology at the University of Waterloo. "To some degree, there is an optimal level of anxiety that is going to benefit your memory, but we know from other research that high levels of anxiety can cause people to reach a tipping point, which impacts their memories and performance," she said in a press release about the findings.

The study found that people with high levels of anxiety tend to let emotions affect memory recall. Basically, we're more likely to be unintentionally biased when trying to retelling something that happened. From the press release:

It was discovered that individuals high in anxiety showed a heightened sensitivity to the influences of emotional context on their memory, with neutral information becoming tainted, or coloured [sic] by the emotion with which it was associated during encoding.

Study co-author Christopher Lee, a psychology PhD candidate at the University of Waterloo, said in the release that thinking about emotional or negative events can "put you in a negative mindset that can bias you or change the way you perceive your current environment." He added it's important to know what biases we have and how they affect the way we view things. Other research has found that stress and anxiety can have a detrimental impact on memory — a study from Ohio State University says it can even lead to memory loss and cognitive impairment. But this research shows that a moderate level of anxiety could help you in the end, although researchers aren't sure of the reason it aids in memory recall.

The authors said in the release that these findings could be important for teachers and educators. If students are super anxious before taking tests or being asked to remember details from lessons, it could affect their memory recall and hurt them in the end. Fernandes says in the press release that "lightening the mood when teaching could be beneficial."

I've always had an awful memory — I have to work hard to remember what I did on any given day, and I'm regularly guilty of double-booking myself. I've suspected that my clinical anxiety could play a role, so this research is intriguing. It's also interesting to think about when the downsides of anxiety begin to outweigh the potential benefits. We rarely think of anxiety as a good thing, but this research shows some clear upsides. If you have a bit of anxiety that isn't having a profound effect on your life, it could end up helping you in the long run.

More like this
How To Protect Your Digital Privacy If You Need An Abortion Post Roe v. Wade
By Kaitlyn Wylde
6 Abortion Advocates To Follow On TikTok
By Sara Youngblood Gregory
I'm Going Off My Bipolar Meds to Try to Get Pregnant
By Anonymous, as told to Anna Goldfarb
5 Crystals To Manifest Better Sleep
By Megan McCarty
Get Even More From Bustle — Sign Up For The Newsletter