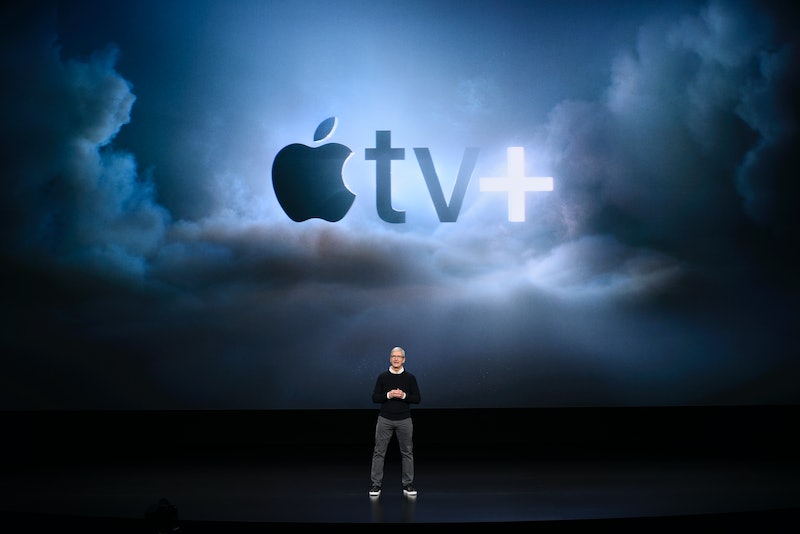 Rumors have been floating around for years that Apple was gearing up to compete with video streaming services like Netflix or Hulu. Today, during a live event streamed from Steve Jobs Theater in Cupterino, Calif., Apple announced a new streaming service called Apple TV+, and here's what to expect from it.

According to Mashable, up until now Apple’s selection of original TV content has been fairly limited. But in 2017, the company invested $1 billion toward developing original video, though at that time it was unclear where all that original content was going to go since Apple didn’t have its own video platform to publish it on. Despite the lack of a platform, Apple was working on 12 different original projects back then, some in partnership with major celebrities like Jennifer Aniston and Reese Witherspoon.

Other shows Mashable was able to confirm Apple was working on last year included a revival of Steven Spielberg’s ‘80s sci-fi series Amazing Stories, an animated series by the creator of Bob’s Burgers called Central Park, a series based on NBA star Kevin Durant’s life and career called Swagger, season two of Carpool Karaoke, and several other unnamed projects. At that time, Mashable said Apple was expected to release 12 new original video series in March 2019. Wow, is Apple eerily punctual or what?

Today, Apple CEO Tim Cook confirmed that Apple TV+ will be available in the fall exclusively on the Apple TV app and will feature all of that original content the company has been working on. And many of the celebrities who were rumored to be working with Apple — as well as some surprise faces — came to the live event to introduce the original content that's coming to the new streaming service.

Actors Reese Witherspoon, Jennifer Aniston, and Steve Carell introduced The Morning Show, which Aniston said will "pull back the power dynamics between men and women on morning television shows." Actors Jason Momoa and Alfre Woodard introduced their sci-fi drama See, which imagines a world in which most people are now blind because of a widespread virus. Actor and comedian Kumail Nanjiani described the series Little America, which he said tells human stories that feature immigrants, illustrating how "the immigrant dream is the American dream."

Big Bird and Cody talked about a new Sesame Street Workshop called Helpsters that will teach kids about coding, and director J.J. Abrams and singer Sara Bareilles introduced what they called a "funny, romantic show" called Little Voice about a young woman trying to find her voice as both a woman and an artist living in New York City.

And the major surprise of the day was Oprah. Viewers will get two documentaries from Oprah, one on workplace harassment and one on mental health, Oprah said during her presentation. And for fans of her longstanding book clubs, Oprah said she plans to use Apple TV+ to “building the biggest, most vibrant, most stimulating book club on the planet." Better warm up those library cards.

The company said the new streaming service won't just be available on Apple devices either; the Apple TV app is coming to smart TVs, the Roku, Amazon Fire TV Stick, and even your Mac. That means when Apple TV+ launches in the fall, you'll have access to it across all those devices as well.

Cook said today was a just a sneak peek of the Apple TV+ service, so there weren't any details about how much the new streaming service would cost. The only detail Cook gave for sure is when the service is dropping, so you'll have to stay tuned for any other specifics.